Impact of COVID-19 will be more profound than 9/11 attacks: CIBC's Dodig

TORONTO — COVID-19 will have a more profound impact on the world than the Sept. 11 terrorist attacks on the United States nearly two decades ago, says the chief executive of the Canadian Imperial Bank of Commerce.
Apr 8, 2020 9:23 AM By: Canadian Press 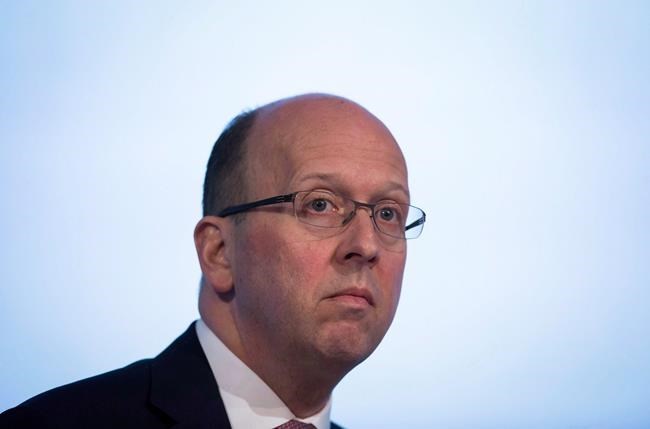 TORONTO — COVID-19 will have a more profound impact on the world than the Sept. 11 terrorist attacks on the United States nearly two decades ago, says the chief executive of the Canadian Imperial Bank of Commerce.

Victor Dodig said in an interview that while airport security changed after 9/11, this global health event — which has infected more than 1.4 million people and killed almost 83,000 — has affected everybody around the world.

"Clearly, the outlook across the economy has changed, which will affect our business in the near term," Dodig said later at the company's annual general meeting, noting the GDP estimates may be revised further as the situation remains very fluid.

The bank is well-positioned to weather the challenging period, he said, due to a strong credit portfolio and capital position, and other factors.

He thinks governments and companies will start thinking more about self-sufficiency, about emergency and disaster recovery planning, and about remaking of global supply chains because just-in-time (delivery) doesn't work in a pandemic.

"So the security of supplies, self-sufficiency, that type of thing will become front and centre when it comes to policy," he said, in the interview.

People will feel the economic pain for a while and Dodig said there may be more of a shift to saving for a rainy day mantra that has been out of favour for the last decade.

The way people work will also change with the flexibility of working from home that is now taking place becoming more prevalent despite what he said is an impact on productivity.

"But I think all of those now are real considerations as we go forward," said Dodig.

Banks will also evolve as they've done in the past, with customers increasingly embracing digital and remote banking.

"But what will always be sacrosanct in the banking industry is capital strength, funding strength, stability of institutions, and most importantly, prudent and well-founded regulatory policy, which have always been the hallmark of the Canadian banking system," Dodig added.

He said the bank has responded to its customers' angst by offering a series of accommodations, including payment deferrals and reduced interest rates on credit cards, to help them weather the storm.

"This is a general generational moment in time for both banks and our bank and our clients," Dodig said.

He said the bank has deferred payments on $30 billion of outstanding mortgages, credit cards, lines of credit and loans. It has also provided deferrals to business clients and given new lines of credit for mid- and larger-sized companies that are continuing to operate at full tilt.

A shareholder pressed Dodig on whether the bank could provide all clients with mortgage deferrals during the pandemic.

Dodig said the bank has received more than 250,000 requests for payment deferrals across all of CIBC's credit products, including mortgages,  and "in the vast majority of cases, these deferrals are approved."

"In unique situations, situations where a deferral isn't the best option, we will work with our clients on a specific approach that best meets their needs."

Dodig added in the interview that the bank has its digital platform ready to launch for interest-free small business loans, a campaign that is being hammered out with Ottawa.

Dodig said there's been significant progress in the effort to counter the damage to the economy wrought by the virus over the past four to five weeks.

The Bank of Canada, the Department of Finance and regulators have all helped to ensure the financial system continues to function during a period of uncertainty that's different than the leverage issues experience during the financial crisis of 2008-2009.

The federal government has worked diligently to mitigate the health-care crisis and provide fiscal stimulus to a wide range of Canadians and businesses, he said. And the government has done a good job collaborating and taking input, as evidenced by the wage subsidy increasing to 75 per cent from the initial 10 per cent.

Dodig said his own life has changed as he works from home instead of 16-hour days at the office and meeting clients.

He spends "an inordinate" amount of time on the phone, on tablets and laptops and tries to squeeze in some exercise in his basement instead of going to the gym.

Despite feeling more stressed, he said it's important to show leadership by remaining calm, disciplined and focused.

"This generational moment will be remembered by many. It's a very human moment. It's a very collaborative moment, and we'll get through this."

Companies in this story: (TSX:CM).

Note to readers: This is a corrected story. An earlier version said the bank deferred more than $30 billion of outstanding payments.