TORONTO — The loonie had its best performance in about five weeks after the Bank of Canada was the first global central bank to take action because of a stronger economic rebound. The Canadian dollar reached a high of 80.
Apr 21, 2021 2:04 PM By: Canadian Press 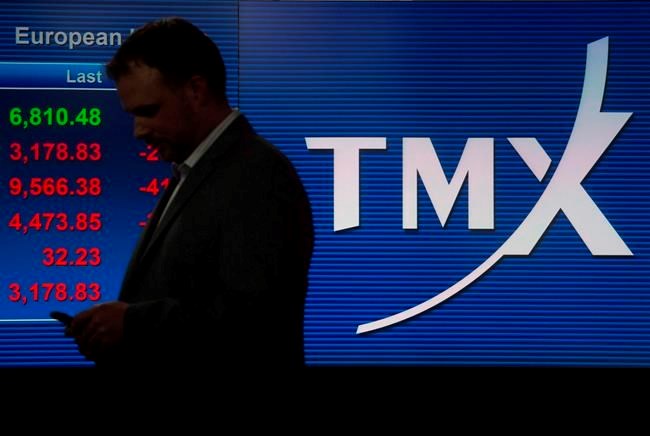 TORONTO — The loonie had its best performance in about five weeks after the Bank of Canada was the first global central bank to take action because of a stronger economic rebound.

It also suggested that elevated inflation would return to its two per cent target earlier than previously forecast and raised its growth outlook for the year to 6.5 per cent from four per cent in its last quarterly outlook.

"This is really an acknowledgment that the economic recovery is going a little faster than everyone thought and this is going to be a really big story across the world for the balance of the year," said Greg Taylor, chief investment officer of Purpose Investments.

He said it's a big deal that the Bank of Canada was the first big bank to pull back on bond purchases and that it came a little earlier than everyone thought.

"And if the central banks start to take their foot off the gas a little bit and to remove some of that stimulus, that'll be really important for the markets to see if they can stand on their own two feet," he said in an interview.

Most observers had thought such moves were more likely to take place in 2022 or 2023.

"This is starting to come a little sooner, which I think is more of an acknowledgment by the banks that things have gone a little better than everyone thought."

Most people had been expecting interest rate increases wouldn't occur until 2023, but that will be moved up if other central banks start to make similar acknowledgments, Taylor said.

The European Central Bank will issue its report on Thursday and the U.S. Federal Reserve will meet next week.

Similar comments from the Fed would likely cause the Canadian dollar to pull back a little, although Taylor said any signal of a tapering by the world's largest central bank would be a big surprise.

Markets stumbled to start the week largely over concerns about a spike in COVID infections and a possible pullback in the economic reopening.

Commodities, technology and health care were among the winning sectors on the day.

"Today feels like a more stabilizing day with some strengths in energy and technology and the gold stocks are having a very nice week and that's really in parcel with the U.S. dollar being weaker," Taylor added.

Materials gained 1.1 per cent as gold prices continued to rise as bond yields softened and the U.S. dollar weakened.

Energy stocks moved up even though crude oil prices fell on an unexpected buildup in U.S. inventories. Taylor said it's a tricky time for the industry because there can be big swings in inventory data as refiners switch in the shoulder season to the driving from supplying heating oil.

Cenovus Energy Inc. and Imperial Oil shares gained 2.3 and 1.5 per cent, respectively, in a sign that company shares had previously pulled back too much.

Technology rose with Lightspeed POS Inc. up 5.4 per cent and BlackBerry Ltd. 4.8 per cent higher.

The U.S. tech sector was also stronger despite weak results from Netflix after markets closed on Tuesday.

Taylor said it's "rather constructive" for the U.S. tech sector to be higher and is recognition that Netflix's problems don't extend beyond the company.