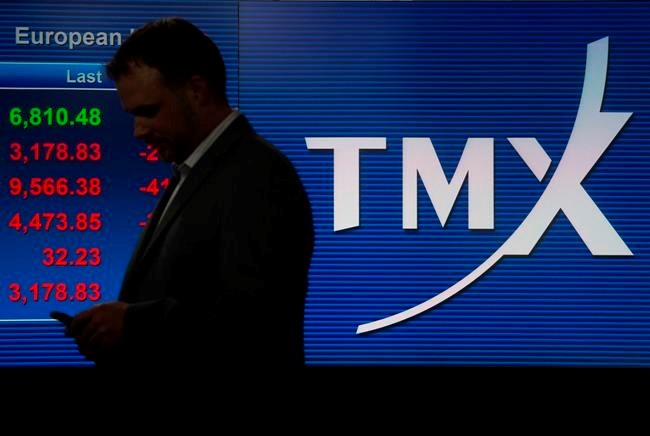 "I still think that's the situation we're probably in where it's likely to be more of a selective market than these big broad moves up and down that we've seen in the first half of this year," he said.

Prospects for an economic recovery have been unclear with potential for setbacks as a spike in COVID-19 infections has prompted some U.S. states to reclose.

The cumulative effect of a number of factors, including jobless claims, rising infections and reclosings have hurt sentiment, Cieszynski said.

"It's becoming apparent that this kind of uncertainty and choppiness could drag on awhile."

Investors appear to have taken advantage of strong market run-ups to crystallize profits by moving capital from overperforming sectors like technology into other areas where they hope to make some money.

Technology was the weakest sector in Canada, losing 1.5 per cent as Shopify Inc. fell 3.1 per cent.

Whitecap Resources Inc. lost 2.1 per cent, Vermilion Energy Inc. two per cent and Canadian Natural Resources 1.8 per cent amid a big drawdown of U.S. crude stockpiles, as well as OPEC countries and Russia saying they will roll back 2.1 million barrels per day of production cuts from August.

In the materials sector, which includes gold producers, First Quantum Minerals Ltd. saw the biggest drop with four per cent, followed by Alacer Gold Corp. at 3.6 per cent.

Gold lost a little sparkle after several central banks reporting this week didn't increase stimulus as they've done in the past, said Cieszynski.

The health-care sector was also weaker as shares of Aurora Cannabis Inc. lost 5.3 per cent.

The Canadian dollar traded for 73.84 cents US compared with 73.89 cents US on Thursday.

"It's the kind of market where we may not see things go and go and go. We'll probably have some good days and some bad days and bouncing back and forth between the two."