TORONTO — North American stock markets surged to start the trading week on hopes of slowing growth of COVID-19 in parts of Europe and New York.
Apr 6, 2020 2:21 PM By: Canadian Press 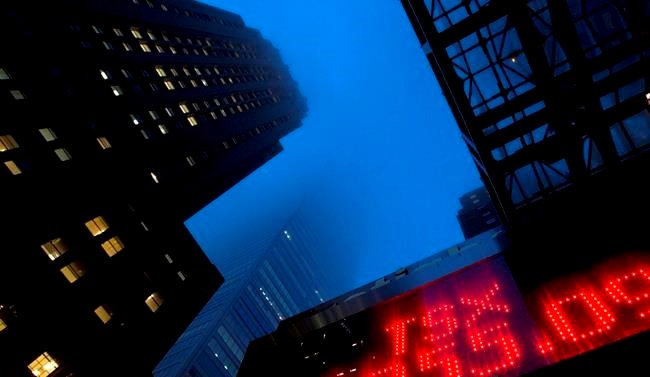 TORONTO — North American stock markets surged to start the trading week on hopes of slowing growth of COVID-19 in parts of Europe and New York.

Canada's main stock index benefited from gold prices briefly exceeding US$1,700 per ounce and hitting their highest level in seven years, which helped to offset a drop in crude oil prices.

"Today's reaction is really predicated on the fact that we started to see some very, what I'll call, small glimmers of hope in making progress against the global spread of the virus over the weekend," Craig Fehr, Investment Strategist, Edward Jones.

New coronavirus infections and deaths are showing signs of slowing in Italy and Spain.

In New York — the financial capital of the U.S. and epicentre of infections — the number of daily deaths has been effectively flat for two days.

Fehr said he doubted days like Monday would be repeated without down days in between.

Still, he said signs of improvement show the virus has a finite shelf life. Fehr said markets have largely come to grips with the fact that economic data is going to be "incredibly negative" for the end of the first quarter and much of the second quarter.

"But a day like today reflects the fact that there is some optimism that it won't be quite as heavy or quite as persistent perhaps into the second half of the year," he said in an interview.

New reported cases in China and re-closing of movie theatres should remind people about the probability of the virus flaring back up in the fall as hot temperatures subside, Fehr said.

Some of the market volatility is attributable to the potential for the virus to spread again after the economy is slowly reopened.

The Canadian dollar traded for 70.79 cents US compared with an average of 70.71 cents US on Friday.

All 11 major sectors of the TSX traded higher, led by consumer discretionary, utilities and health care.

Utilities was up 7.4 per cent as investors also turned to higher yielding sectors with expectations that interest rates will be very low for a long period of time.

The heavyweight financials sector was up 5.2 per cent with CI Financial Corp. gaining 12.3 per cent. Technologies were pushed higher by a 23 per cent climb in Lightspeed POS Inc. and a nearly 10 per cent rise by Shopify Inc.

Materials increased 4.5 per cent with shares of Alacer Gold Corp. up 14.2 per cent and a series of forest products companies, including Norbord Inc., growing by double digits.

Gold gained 2.9 per cent as a hedge against inflation that's possible with the extraordinary amount of fiscal and monetary stimulus added to the system, said Fehr.

The energy sector was the weakest performer on the day, still gaining nearly three per cent, despite a drop in crude oil prices. MEG Energy Corp. shares rose almost 20 per cent and Cenovus Energy Inc. 10 per cent.

Crude fell 9.6 per cent, following last week's large gains, as a meeting Monday by OPEC and Russia, was delayed until Thursday to reach an agreement to cut up to 15 million barrels of output per day.

With files from The Associated Press