HALIFAX — Nova Scotia's Liberal government announced more than $12 million in additional support Tuesday for businesses hit by the latest COVID-19 lockdown in the province.
May 4, 2021 11:41 AM By: Canadian Press 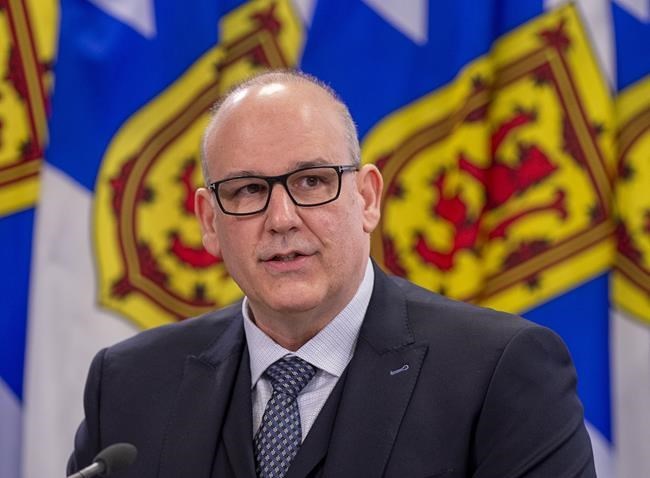 "We recognize that these necessary additional public health protocols will be difficult for many businesses, and that is why we are moving quickly to help," Kousoulis said during a news conference.

To qualify under the program, businesses must have seen an average monthly revenue decrease of at least 30 per cent between March 1, 2020 and Feb. 28, 2021 compared to the same time the previous year, or expect at least a 30 per cent decrease in revenues in May 2021 because of the new restrictions.

The minister said the government will also defer certain administrative fees until June 30 for businesses that were required to close or were significantly curtailed by the current public health restrictions, adding that workers' compensation premium payments will be deferred until the end of July.

"I recognize for some businesses, it won't be enough — for other businesses it will provide some much needed cash flow," he said. Under the lockdown, non-essential indoor services and businesses are closed until at least May 12.

Hannah Kovaks, who owns the Move East fitness studio in Halifax, said while the grants are appreciated, they fall short for a business like hers that doesn't qualify for federal wage subsidy and rent relief programs.

Kovaks who opened four months before the pandemic hit last March, said revenues for newly opened businesses are typically low, putting them at a disadvantage when it comes to calculating revenue drops under the government's qualification rules.

She said a cycle of closings and reopenings hasn't helped either. Kovaks said her studio has been closed for nearly six of the 18 months it's been in business. "I'm disappointed that there's not more support in place in acknowledgment that we've endured three shutdowns and three reopenings," she said.

Lara Cusson, who operates Cafe Lara in Halifax, believes help with things such as power bills would be of even more use. Cusson estimates that many small businesses such as hers will be eligible for about $1,000 under the program. She said her monthly power bill alone is $3,000.

"They need to look at the numbers and quantify this and come up with a real solution," Cusson said. "It's do or die here, and they are not understanding the urgency."

A restaurant industry spokeswoman welcomed the additional funding, in particular the fact that businesses that opened after March 15, 2020 are now eligible for aid. But Natasha Chestnut noted that Restaurant Association of Nova Scotia members are still faced with costs such as heating, electricity, water and service and equipment contracts.

"Even with the support, restaurants are struggling with overall debt, and while the announcement helps, it still leaves a big challenge for restaurants to recover," she said.

Kousoulis also announced the opening of applications for two other support programs.

This report by The Canadian Press was first published May 4, 2021.