Ten women have filed a class-action lawsuit against Canadian clothing mogul Peter Nygard, accusing him of sexual assault and sex trafficking over a decades-long period.
0
Feb 14, 2020 2:26 PM By: Canadian Press 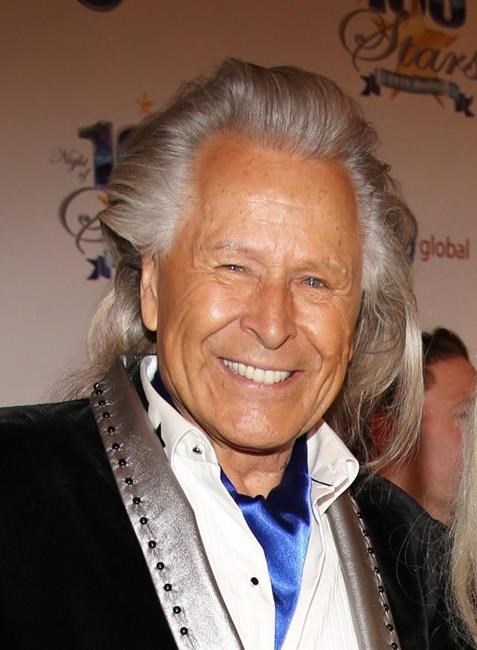 Ten women have filed a class-action lawsuit against Canadian clothing mogul Peter Nygard, accusing him of sexual assault and sex trafficking over a decades-long period.

Nygard allegedly lured young women, including several who were 14 or 15 years old at the time, to his Bahamian mansion under the pretence of modelling opportunities in order to sexually assault them, according to the lawsuit filed in U.S. court Thursday.

The women who filed the lawsuit are said to have been between the ages of 14 and 29 — with one listed simply as "adult" — when the alleged incidents occurred. The suit does not give their names out of what it calls concern for their safety and privacy.

Some of the women would be forced into long-term relationships with Nygard that included continued sexual assaults, as well as the expectation they would acquire new sexual partners for him — "the younger the better," according to the lawsuit filed in the U.S. District Court for the Southern District of New York.

Nygard's lawyer, Jay Prober, says his client denies the allegations, which have not been proven in court. No criminal charges have been filed.

"It's a lawsuit which contains nothing but false allegations," Prober said, adding "we will defend the claim vigorously."

Prober dismissed the claims as part of a long-standing feud between Nygard and a rival billionaire. The detail of the women's accounts doesn't make them true, he said.

"They're detailed, but anyone can make up false allegations."

Nygard founded his fashion company in Winnipeg in 1967, where it grew from a partial stake in one women's garment manufacturer to a brand name sold in more than 170 stores in North America, as well as space in more than 6,000 department stores around the world.

It alleges he and these companies "using interstate and foreign commerce, recruited, lured and enticed young, impressionable and often impoverished children and women, with cash payments and false promises of lucrative modeling opportunities to assault, rape, and sodomize them."

Nygard routinely held so-called pamper parties on Sundays at his nearly 14,000-square-metre (or 150,000-square-foot) compound at Lyford Cay, a gated community on New Providence Island, Bahamas, according to the lawsuit. The property, which Nygard built 1987, became known as Nygard Cay and has "an additional fortress-like gate surrounding" it, as well as a "fence equipped with barbed wire."

Women and girls — preferably young and slim — would be invited to these "pamper parties" under the pretence of receiving free massages, pedicures, photo shoots and other indulgences, according to the suit. Upon arrival, they would register at the gate, providing personal information and posing for photographs.

This information allegedly would be uploaded into a database hosted on a company server that the lawsuit claims contains the information of more than 7,500 women and girls dating back to 1987.

"Nygard would then use this information to select his potential victims for the night," the lawsuit reads.

He allegedly lured victims into his room or had staff bring them there to discuss potential modelling contracts, but instead sexually assaulted the women and girls, according to the suit.

His personal security guard often stood outside the bedroom door and victims could not leave Nygard Cay without Nygard's permission, the lawsuit says.

"Nygard expected a sex act before he was willing to consider releasing any person," the lawsuit reads.

He allegedly paid victims varying sums of money, and entered ratings into the database based on their looks and sexual performance.

Some of the women became full-time girlfriends, according to the lawsuit, and would accompany him on trips, engage in sexual acts with him and recruit new partners for him. He allegedly punished his girlfriends for failing to provide "an easily exploitable victim each night" and rewarded them for doing so.

These women were expected to cater to Nygard's daily needs, waking up at 5:30 a.m. to prepare his breakfast and taking care of other tasks, including bathing him, clipping his toenails and preparing his clothes. The women came from — and recruited women from — countries around the world, including Canada.

Nygard allegedly drugged or had others drugs several women and girls so they would comply with his demands for sex.

The lawsuit says Nygard used company resources to run the sex trafficking venture. The lawsuit claims company accounts were used "to pay for drugs, alcohol, entertainment and food" at the parties and cash for accomplices and victims — among other resources.

The lawsuit claims "Nygard used his financial resources, influence, power in the Bahamas, and psychological manipulation to intimidate his victims and to ensure that his crimes were not reported."

It claims Nygard paid police and other people to protect him. Protection included threats of arrest by police or having other people slash the tires of former girlfriends, according to the suit.

Nygard, who was born to Finnish immigrants, is "the classic rags-to-riches story" and "the ultimate self-made man," according to his biography on the company site.

He started his success by using his life savings and borrowing a further $8,000 to purchase a portion of a women's garment manufacturer. He became the sole owner in a few years.

The lawsuit estimates his net worth at about US$900 million.

The plaintiffs are asking for a trial by jury and are seeking yet-to-be-determined damages.

This report by The Canadian Press was first published Feb. 14, 2020.