TORONTO — Bank of Nova Scotia is optimistic its international ventures are headed for success after a recent overhaul saw it slash and simplify its overseas operations.
Feb 25, 2020 8:13 AM By: Canadian Press 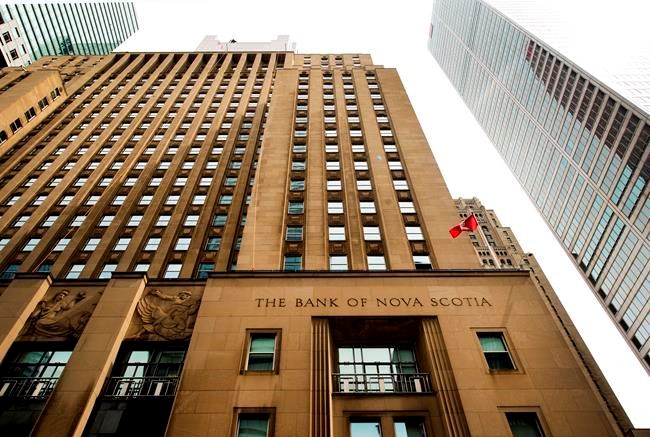 TORONTO — Bank of Nova Scotia is optimistic its international ventures are headed for success after a recent overhaul saw it slash and simplify its overseas operations.

The Toronto-based bank has spent recent months working to reduce its investment in TMB Bank Public Co. Limited in Thailand and selling its operations in Puerto Rico, the U.S. Virgin Islands and El Salvador.

The moves were part of a plan the bank has to refocus its core footprint.

In the past four years, Scotiabank has announced its exit or its intention to exit 19 countries, which includes the divestment of its banking operations in nine Caribbean countries, but beefed up operations in Latin America.

Scotiabank chief executive Brian Porter said on a Tuesday call with financial analysts to discuss the bank's latest results that he considers the repositioning "substantially complete" and predicts the bank will now start to benefit from the moves.

"Our repositioning efforts, while time-consuming, have been substantial," he said. "We are now a leading bank in the Americas with competitive scale and diversification in our six core markets, which represent over 85 per cent of the bank's earnings."

His comments came as Scotiabank topped expectations as it reported a first-quarter profit of nearly $2.33 billion, up from nearly $2.25 billion in the same period a year earlier.

Provisions for credit losses in the quarter totalled $926 million, up from $688 million in the same quarter last year as the bank revised its methodology to add an additional "more severe pessimistic" scenario.

The change resulted in a pre-tax increase in provision for credit losses of $155 million, which was recorded in its Canadian banking, global wealth management, international banking and global banking and markets operating segments.

Analysts on average had expected an adjusted profit of $1.75 per diluted share for the quarter, according to financial markets data firm Refinitiv.

The earnings caused Scotiabank's stock to fall by less than one per cent to reach $72.88 in morning trading.

The earnings were a result of strong performances in the bank's Canadian banking, wealth management and global banking and markets businesses, which helped it offset the impact of divestitures in international banking, Porter said.

Porter was also pleased with the bank's digital banking efforts, which he said "continue to make steady progress" in the quarter.

"Our leading levels of technology investments are continuing to drive growth in digital sales and digital adoption," he said. "In-branch transactions continue to decline as customers increasingly favour digital and mobile accounts for day-to-day transactions."

The progress brings Scotiabank close to achieving its goal of having less than 10 per cent of transactions completed in bank branches, which will allow the bank to focus on delivering more advisory services in those locations.

This report by The Canadian Press was first published Feb. 25, 2020.

Companies in this story: (TSX: BNS)