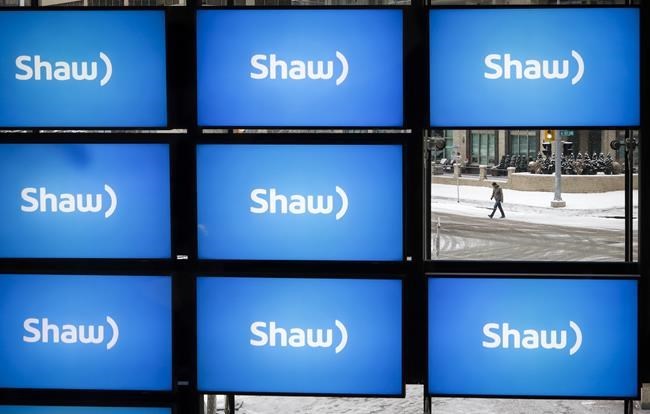 Shaw Mobile, launched in late July, is intended to be combined with Shaw's home internet services in Alberta and British Columbia — a contrast to Shaw-owned Freedom Mobile, which began as a stand-alone wireless service operating in those two provinces and Ontario.

"We see the bundle as a really important part of our growth strategy," McAleese said after the Calgary-based cable, internet and wireless company announced a 5.4 per cent bigger fourth-quarter profit for the three months ended Aug. 31 compared with the same period in 2019.

"It has enormous potential to complement our (profitable) wireline business," McAleese said.

Shaw is pinning hopes on wireless growth as its internet and video business units got off to a slow start in the fourth quarter. The company said it will take time to gain market share.

"We face a competitor in Telus — a very well-managed competitor — who continues to spend very aggressively to acquire customers in a mature market.

"You don't have to look very far to find a $500 Visa gift card for signing up to a Telus internet bundle," McAleese said. "We think that's unnecessary and 'lost economic rent.'"

However, he added, Shaw Mobile will be deployed as necessary to meet the company's business objectives, which include adding new customers to its base of internet subscribers.

"We'll see how it plays out over the next little while," McAleese said.

Telus said in a statement that the $500 gift card was not a competitive response to Shaw Mobile, noting it has been offered from time to time for more than two years to promote its wireline services.

"It is not highly promoted, but provides customers with the option of receiving their incentive upfront or over time when signing up for a service term," Telus said in an email.

Shaw announced Friday that its quarterly profit for the months of June, July and August was up 5.4 per cent from the same time last year while revenue was unchanged.

Most of the revenue was generated by Shaw's residential and business services, which fell 1.3 per cent to $1.06 billion.

Shaw says it added about 60,000 wireless customers during the quarter, including 45,000 on postpaid plans, bringing the total wireless base to about 1.82 million as of Aug. 31.

On the wireline side of the Shaw's business, which includes its residential cable systems and business services, the quarter included a loss of 14,500 internet subscribers resulting from reduced activity due to COVID-19 and reduced promotion.

— By David Paddon in Toronto.

This report by The Canadian Press was first published Oct. 30, 2020.

Companies in this story: (TSX:SJR.B)