TORONTO — A group representing Canada's small business sector has launched a petition pressing the federal government to halt the phasing out of financial support programs.
Jul 22, 2021 6:45 AM By: Canadian Press 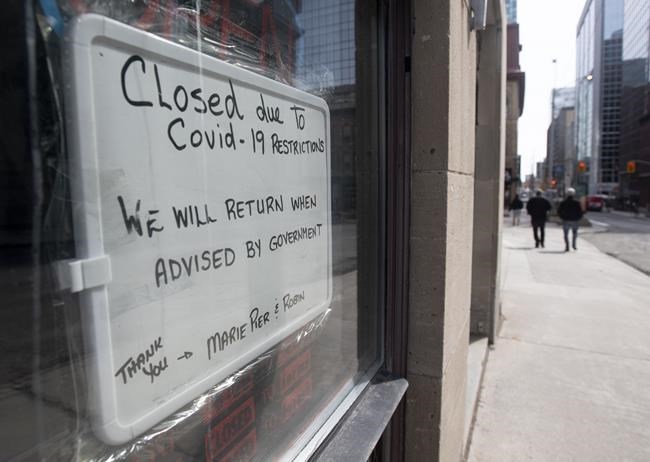 TORONTO — A group representing Canada's small business sector has launched a petition pressing the federal government to halt the phasing out of financial support programs.

The Canadian Federation of Independent Business says small business owners are keen to replace subsidies with sales but only 35 per cent are back to normal levels of sales and many don't see that happening until next year.

The subsidies are expected to be eliminated after Sept. 26 following three months of reductions.

The federation is calling on the federal government to keep the subsidy at June levels and extend them until the economy is fully open.

It also wants all independent businesses, including new firms, to have access to these supports.

"While these programs are costly, it is important to keep in mind that businesses who no longer need support will not be eligible anyway as the subsidies are based on a sliding scale tied to their loss in revenue," stated CFIB president Dan Kelly.

"After 16 long months of the pandemic, restrictions are finally being lifted, but for many small businesses it's not over yet. It's critical that we come together at this time, with a federal election looming, to ensure that the support programs are there to get us to the COVID finish line."

This report by The Canadian Press was first published July 22, 2021.