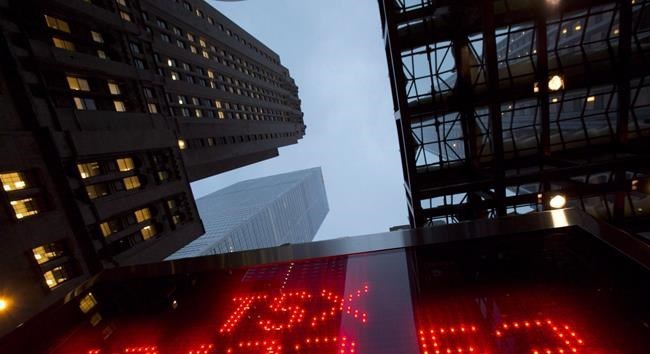 Hurting U.S. markets was Salesforce.com Inc., whose shares dropped 8.7 per cent on the S&P 500 and the Dow, after it agreed to buy workplace messaging app Slack Technologies Inc. for US$27.7 billion.

"Obviously, it was not very well-received by the market in general, so it's having a negative effect on the markets," said Michael Currie, vice-president and investment adviser at TD Wealth.

"The big talk seems to be all about the U.K. getting ready to do the vaccine next week … faster than a lot of people expected and it's having an effect on pretty much everything," Currie said in an interview.

Approval by the large G7 country reinforces the belief that it has a very good chance of passing in other major countries, he said.

Vaccine optimism helped to lift oil prices despite negatives from dissent among OPEC plus Russia about extending supply cuts and a surprise buildup in U.S. oil inventories.

"Oil prices are up a little bit because they figure if this vaccine works then we'll get back to normal quicker and the economy will get back on track," Currie said.

The Canadian dollar reached its highest level since October 2018 on the back of weakness from the U.S. greenback. It traded for 77.32 cents US compared with 77.21 cents US on Tuesday.

Gold also rose because of the inflationary impact of a stimulus package after U.S. Democratic leaders were supportive of a bipartisan US$900-billion stimulus proposal.

Although initially smaller than expected, the fiscal package is viewed as a basis for negotiations on a larger deal once Republicans concede that Joe Biden beat President Donald Trump, said Currie.

That helped the materials sector to rise slightly.

Health care gained 3.6 per cent on the TSX with Aurora Cannabis Inc. increasing 11.3 per cent. And technology got a lift from a 10.4 per cent increase in Lightspeed POS shares following its second U.S. acquisition in a month.

Financials was also up even as shares of National Bank and Royal Bank fell 1.1 per cent and 0.6 per cent, respectively, after reporting quarterly results.

"Coming on the heels of very good reports out of Scotia and BMO, (it was) a little bit disappointing."