CALGARY — WestJet Airlines Ltd. is asking the federal labour minister for an exemption to Canada Labour Code provisions that would facilitate mass layoffs.
May 21, 2020 4:36 PM By: Canadian Press 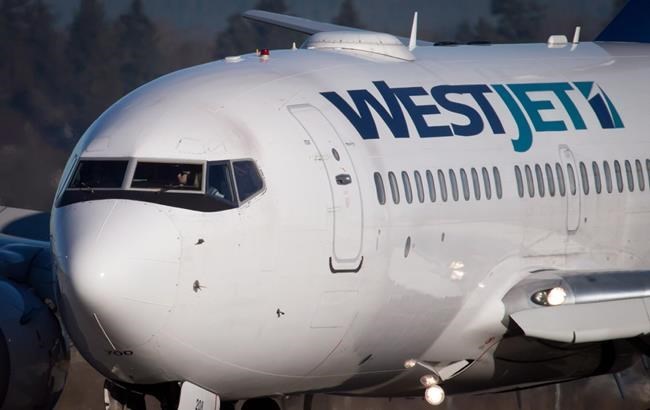 CALGARY — WestJet Airlines Ltd. is asking the federal labour minister for an exemption to Canada Labour Code provisions that would facilitate mass layoffs.

An April 27 letter to Labour Minister Filomena Tassi, signed by vice-president Mark Porter and obtained by The Canadian Press, states that WestJet expects to cut some employees and that the provisions are "seriously detrimental" to its operations and "unduly prejudicial" to the company and its staff.

A labour code exemption would void the requirement of 16 weeks notice for terminating more than 50 workers, opening the door to group layoffs that are effective immediately, he said in an email.

The exemption would also nix the need to engage in a union-employer planning committee to develop an adjustment program to reduce layoffs.

"An adjustment plan that minimizes the impact of termination and assists employees in obtaining other employment is particularly important in all cases where there will be a reduction in the workforce," Rauenbusch said in a letter to Tassi on April 28. Shared work schedules, furloughs and training for new roles are all possible outcomes.

A labour code exemption would scrap the union's ability to request federal arbitration should the committee fail to yield fruitful solutions, he added.

The company said in an email Thursday the exemption would give it flexibility "to act in a timely manner" amid the COVID-19 pandemic that has tanked travel demand across the globe.

While Air Canada said last week it will lay off about 20,000 employees, WestJet said Thursday it has "not made any decisions to move ahead with terminations."

Dustin Fitzpatrick, a spokesman for the Labour minister, said in an email that any decision by the government "will ensure workers' rights mandated under the code are protected."

WestJet said on April 22 — less than a week before it reached out to the labour minister — that it planned to lay off 3,000 people as the virus continues to pummel the airline industry, with the company's passenger numbers now hovering at less than five per cent of last year's.

The layoffs came in spite of the federal wage subsidy that covers 75 per cent of a worker's normal hourly wages or up to $847 per week. WestJet had committed to the Canada Emergency Wage Subsidy program through June 6.

Though a boon for battered companies, airlines that draw on it still have to pay into pension and benefits funds, a drain on airlines that continue to bleed cash through other fixed costs such as maintenance and airport fees.

— By Christopher Reynolds in Montreal

This report by The Canadian Press was first published May 21, 2020.