TORONTO — In order to learn about how Canada's Indigenous astronomers see the skies, Caroline Ormrod had to look overseas.
0
Mar 6, 2020 12:44 PM By: Canadian Press 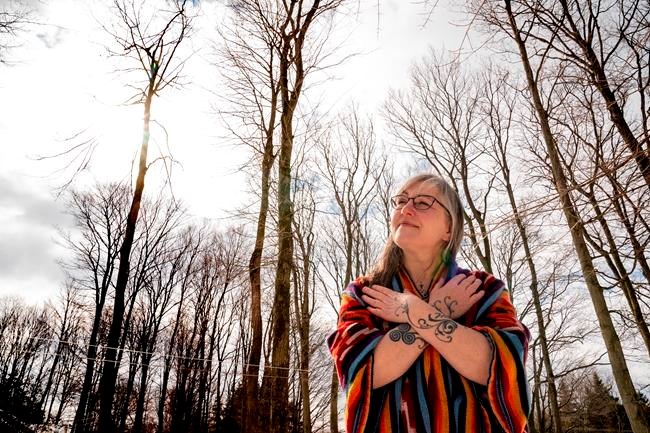 TORONTO — In order to learn about how Canada's Indigenous astronomers see the skies, Caroline Ormrod had to look overseas.

The Toronto resident was interested in pursuing graduate work that would allow her to explore more culturally diverse perspectives on scientific disciplines, but found no viable options in Canada at the time.

Her new understanding of celestial bodies came from a distance-education course she took in 2017 while completing a Masters of Cultural Astronomy and Astrology with the University of Wales Trinity Saint David in Swansea.

"Canadian universities tend to be more traditional… there is nothing that compares to the course I did," Ormrod said in an interview. "These topics are seen as a 'new-age thing' so there's some hesitancy, but this is knowledge we should all be learning about."

The Truth and Reconciliation Commission noted the lack of Indigenous perspectives across Canada's academic landscape when it issued its landmark report in 2015.

One of the Commission's 94 calls to action included a push to start "developing culturally appropriate curricula," which prompted many Canadian post-secondary institutions to begin including Indigenous viewpoints in arts and social science courses ranging from literature to politics.

But scholars in the STEM disciplines of science, technology, engineering and math said Indigenous knowledge and perspectives have largely not found their way into Canadian post-secondary courses.

Sheryl Lightfoot, an associate professor of First Nations and Indigenous studies and political science at the University of British Columbia in Vancouver, said the knowledge gap has roots in Canada's  history.

But Indigenous academics say an array of more diverse perspectives are widely available and have many uses for those who take the time to seek them out, noting that those perspectives are not homogenous and depend on the individual and the land and language from which they come.

Western University said it hoped to tap into some of that knowledge when it named an inaugural Indigenous Leader in Residence at its Schulich School of Medicine and Dentistry earlier this month.

In appointing Danielle Alcock to the role, the London, Ont.-based school said it was doing so with the aim of both addressing the Truth and Reconciliation Commission's recommendations as well as improving the health of Indigenous peoples and communities.

A desire to tap into Indigenous knowledge of plant and animal wildlife also shaped the Aboriginal Science and Technology Education Program at Calgary's Mount Royal University, according to one of its founders.

John Fischer, the school's executive adviser of Indigenization, said the program saw STEM professors sent to the Piikani Nation, in the Treaty 7 region in southern Alberta to learn about the local plants and animals.

"To decolonize the academy, we need faculty to understand that Indigenous science is different to Western sciences through experience," said Fischer, a member of the Cowessess First Nation.

Astronomy is another discipline that has largely overlooked Indigenous insights, according to several experts in the field.

Laurie Rousseau-Nepton, a resident astronomer at the Canada-France-Hawaii Telescope in Waimea, Hawaii, believes First Nations researchers have refined a skill that lies at the heart of quality scientific research.

"I think observing is something that comes from our culture…It helped them to survive over time," she said, adding tapping into those well-honed abilities can only improve the research emerging from Canadian laboratories.

One example, she said, can be found in the Anishinaabe understanding of the constellation that contains the Big Dipper.

She said Indigenous astronomers used to monitor this grouping of stars, which they dubbed the Fisher Constellation, and track its position in the sky in order to forecast the arrival of spring weather.

Rousseau-Nepton said another benefit would stem from greater engagement with Indigenous students. Including culturally relevant material would go a long way toward attracting and retaining future scholars and making them feel they "have a place in science," she argued.

Hilding Neilson, an assistant professor in astrophysics at the University of Toronto, agrees that Indigenous and Western science operate differently.

"We do a lot of data science in the West, where we're trying to find averages... and a lot of Indigenous knowledge focuses on the outlier," he said.

Neilson teaches Indigenous perspectives on astronomy as part of a general first-year course at the University of Toronto, one of only a handful of such offerings available across Canada.

Both Neilson and Rousseau-Nepton theorized that perspectives would be more diverse if Indigenous voices were better represented among academic faculty, noting that those thought leaders don't necessarily need to come from traditional channels.

Accepting the cultural qualifications of Indigenous community leaders, they said, would go a long way towards closing the knowledge gap.

"If you only have in mind that only an astronomer can teach it, it doesn't make it accessible," Rousseau-Nepton said. "We need to feel like it could be anyone, a little passion and time is all it takes."

— Lakshmi Magon is a former science communication and education researcher with the University of Edinburgh. She is currently a fellow in global journalism at the Dalla Lana School of Public Health at the University of Toronto.

Note to readers: This is a corrected story. A previous version misspelled the last name of Hilding Neilson

New Canadian modelling shows COVID-19 waning but relaxing restrictions still risky
Jun 4, 2020 10:09 AM
Comments
We welcome your feedback and encourage you to share your thoughts. We ask that you be respectful of others and their points of view, refrain from personal attacks and stay on topic. To learn about our commenting policies and how we moderate, please read our Community Guidelines.