OTTAWA — Military search-and-rescue personnel were delayed and in some cases unable to provide emergency assistance on about one in 20 of the hundreds of calls they received last year, according to a new Defence Department report.
Mar 9, 2020 1:23 PM By: Canadian Press 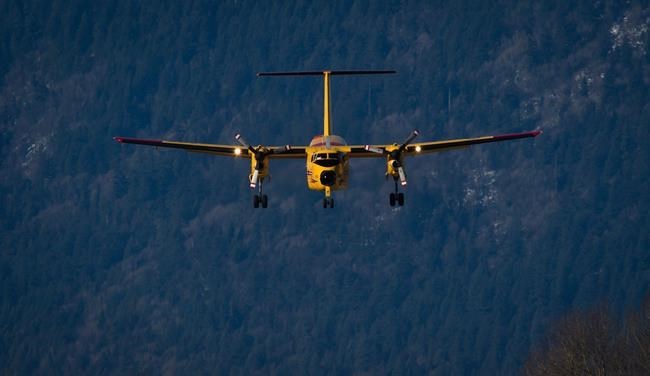 OTTAWA — Military search-and-rescue personnel were delayed and in some cases unable to provide emergency assistance on about one in 20 of the hundreds of calls they received last year, according to a new Defence Department report.

While some of the problems related to bad weather, animals on runways and having to wait for provincial medical teams to arrive, more than half were attributed to refuelling issues and breakdowns on the military's search-and-rescue aircraft.

The report, which was tabled in the House of Commons late last month, did not provide specific details on the refuelling problems and breakdowns, which afflicted a total of 20 of the 793 search-and-rescue missions in which military assistance was requested last year.

Another 18 were delayed or otherwise affected by other issues.

"No delayed mission led to the death, or to increased injury, of someone requiring (search-and-rescue) assistance," military spokeswoman Capt. Dawn O'Connor said in an emailed statement to The Canadian Press.

"A delay in take-off time is recorded even if it is a delay of one-minute," she added. "When a delay to a (search-and-rescue) mission occurs, the RCAF team continues working as quickly as possible to put the (search-and-rescue) crew in the air, to respond to the emergency."

The problems nonetheless raise questions about the military's ability to respond quickly to potentially life-threatening emergencies given the age of its search-and-rescue aircraft, some of which entered service in 1967.

The Royal Canadian Air Force officially accepted the first of 16 new search-and-rescue planes from European manufacturer Airbus in December, but the aircraft is still in Spain where it was built and has yet to make the trip to Canada.

The Air Force has raised concerns about the plane's operating manuals, which are thousands of pages thick and provide pilots, aircrew and technicians with necessary instructions and references for safely operating and maintaining the aircraft.

The government has also said it plans to replace the Air Force's aging air-to-air refuelling tankers, which include two Polaris aircraft that are also used for VIP transport and a fleet of older-model Hercules airplanes, but the first replacement isn't expected until 2028 at the earliest.

The federal government ordered the military to start conducting search-and-rescue operations in 1947.

The government receives about 10,000 distress calls a year, and while the majority are handled by the provinces or territories, with police and volunteers tasked with responding, the military was asked to respond to the most high-risk calls.

This report by The Canadian Press was first published March 9, 2020.