EDMONTON — A new session of the Alberta legislature began Tuesday with the government promising to invest directly in oil and gas, if necessary, and to pass a law that would punish people who block roads and rail lines. The throne speech read by Lt.
Feb 25, 2020 3:14 PM By: Canadian Press 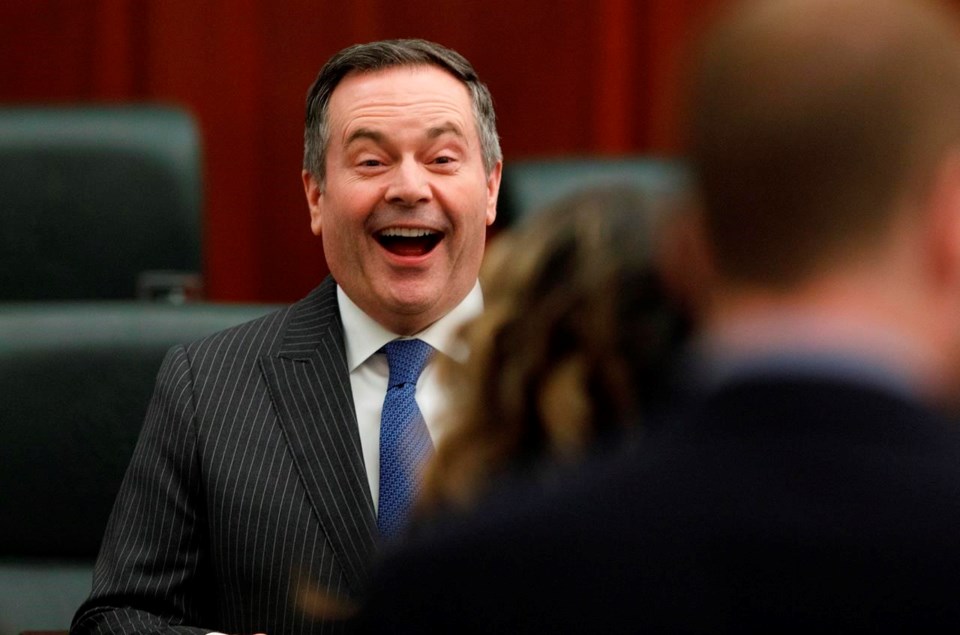 EDMONTON — A new session of the Alberta legislature began Tuesday with the government promising to invest directly in oil and gas, if necessary, and to pass a law that would punish people who block roads and rail lines.

The throne speech read by Lt.-Gov. Lois Mitchell said Premier Jason Kenney's government is prepared to support companies and invest directly in the resource industry if that's what it takes to boost Alberta's wellspring industry.

"My government will do everything it can to reduce unacceptably high levels of unemployment and get people back to work," said the speech outlining government's goals and commitments for the session.

Kenney's United Conservative government was elected last spring on a mandate to create jobs and get more oil and gas infrastructure built.

It has been a struggle. The Opposition NDP estimates 50,000 full-time jobs have been lost in recent months. This week, Teck Resources Ltd. announced it would not proceed with a $20-billion oilsands mine in northern Alberta.

Teck pegged its decision in part on economic uncertainty arising from protesters setting set up blockades on rail lines in support of hereditary chiefs of the Wet'suwet'en First Nation, who oppose a natural gas pipeline project on their land in British Columbia.

There was one such blockade of a rail line last week near Edmonton's city limits, but it was up for less than a day before a few counter-protesters arrived and carted off a barrel and signs to free up the tracks.

The government introduced a bill after the throne speech that proposes stiffer penalties for anyone trying to shut down critical economic infrastructure, including railways.

The penalties for individuals would be up to $10,000 for a first offence and up to $25,000 for each subsequent day a blockade or protest remained in place.

The bill also proposes making it easier for police to intervene in blockades rather than wait for a court injunction.

"For the last three weeks we have seen virtual anarchy in many parts of Canada, massively damaging our economy, killing thousands of jobs, jeopardizing the livelihoods of countless Canadians," Kenney told a news conference earlier Tuesday.

The session is also to see amendments that would allow referendums not related to constitutional issues, as well as proposed legislation to replace the federal parole board with a provincial one.

Another bill will be about fixed dates for provincial elections and budgets. And the government also wants to bring in a recall act that would allow constituents to remove from office their legislature members, municipal councillors, mayors, and school board trustees between elections.

The focus of the session comes Thursday, when Finance Minister Travis Toews is to introduce the 2020-2021 budget.

The province is promising renewed belt-tightening to erase a recent string of budget deficits and get back to balance before the end of Kenney's first term.

While the government says it is continuing to fund health and education as before, the Opposition NDP says program changes coupled with growth and inflation are effectively creating multimillion-dollar cuts to frontline services.

The NDP gave some of its throne speech tickets to Albertans, who it says have been hurt by changes to health and education funding and failed UCP job policies.

NDP Leader Rachel Notley said the changes are having a major impact on people's lives and she wanted to give Kenney a chance to look those people in the eye.

"This session should be about undoing the damage that has been done," said Notley.

This report by The Canadian Press was first published Feb. 25, 2020

WE controversy takes bite out of Trudeau, Liberal popularity: Poll
Aug 5, 2020 1:10 AM
Mystery seeds showing up in Canadian mailboxes highlight 'brushing' scams
Aug 5, 2020 1:10 AM
Comments
We welcome your feedback and encourage you to share your thoughts. We ask that you be respectful of others and their points of view, refrain from personal attacks and stay on topic. To learn about our commenting policies and how we moderate, please read our Community Guidelines.