FREDERICTON — A law firm representing the estate of Chantel Moore has filed a pair of complaints with the New Brunswick Police Commission in connection with her death.
Aug 12, 2020 3:17 PM By: Canadian Press 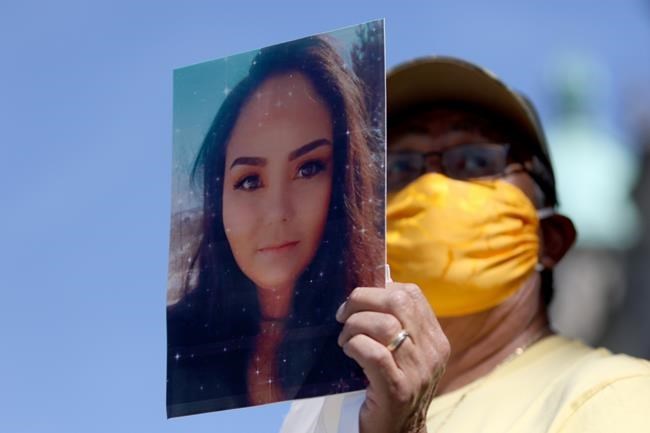 FREDERICTON — A law firm representing the estate of Chantel Moore has filed a pair of complaints with the New Brunswick Police Commission in connection with her death.

Lawyer T.J. Burke said Wednesday he filed the complaints under the provincial Police Act at the direction of his clients.

Moore was fatally shot after she allegedly lunged at an officer with a knife. Quebec's independent police watchdog is investigating because New Brunswick does not have its own police oversight agency.

"We wanted to bring these up right away because we don't trust (that) the New Brunswick Police Commission is going to file a complaint ... and we don't think the chief of police in Edmundston will do it," Burke said in an interview. "As civilians, lawyers, we did it on behalf of the estate of Chantel Moore."

The commission is an independent board of citizens that oversees complaints involving seven municipal police services and two regional police forces in the province. New Brunswick's Police Act generally provides one year for complaints to be filed.

"New Brunswick police officers are subjected to civil proceedings where they can be disciplined by an oversight commission," Burke said.

In the case of the police officer directly involved in the shooting, Burke said the complaint requests he be sanctioned and removed from his job. If criminal charges result from the watchdog's probe into Moore's killing, however, the case would delay any hearing into the complaint.

That officer offered a public apology for laughing when asked a question during a CTV News interview in the aftermath of Moore's shooting. Burke said that considering no criminal charges will result from that incident, the complaint should be pursued by the commission right now.

"We believe the laughter was injurious to not only to the family, to New Brunswickers, but to Canadians all alike and believe that it falls well below the standards a high-ranking officer should hold in office," Burke said, adding the family didn't accept the apology.

Edmundston Police Chief Alain Lang said in an email Wednesday, "The entire matter is presently under investigation and we have no further comments to make."

Moore's killing was the first of two deaths involving Indigenous people in the span of about one week in the province. Rodney Levi, 48, was killed by the RCMP near the Metepenagiag Mi'kmaq Nation, on June 12.

The Mounties have said a suspect carrying knives was jolted with a stun gun, but that failed to subdue him. He was shot when he charged at officers, police said. Levi's death is also under investigation by the Quebec watchdog.

New Brunswick has announced a coroner will hold separate inquests into both deaths.

This report by The Canadian Press was first published on Aug. 12, 2020.