OTTAWA — A former Conservative cabinet minister is apologizing for not pushing against his party's culturally divisive policies of the Stephen Harper era, including an effort to ban face coverings during citizenship ceremonies.
Jun 14, 2021 9:44 AM By: Canadian Press 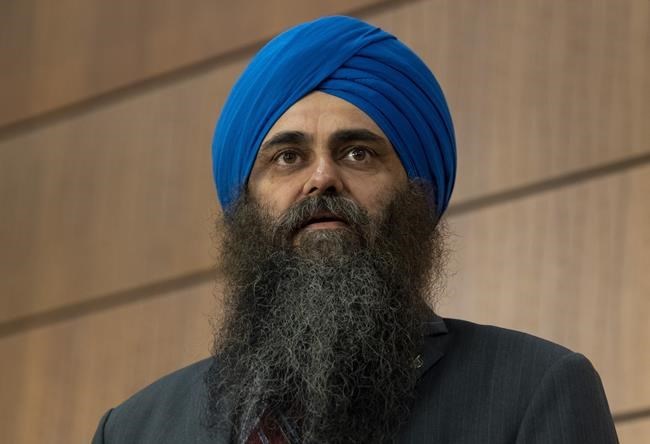 OTTAWA — A former Conservative cabinet minister is apologizing for not pushing against his party's culturally divisive policies of the Stephen Harper era, including an effort to ban face coverings during citizenship ceremonies.

In a Facebook post, Tory MP Tim Uppal says he has been talking to people about how to make all Canadians feel safe following the deadly attack this month on a Muslim family in London, Ont.

As minister of state for multiculturalism in the Harper government, Uppal was the spokesman for a bill to ban wearing the niqab while taking the oath of citizenship.

Campaigning for re-election in 2015, the party also proposed a "barbaric cultural practices" hotline people could call to tell authorities about the supposedly objectionable practices of others.

Uppal says after the Liberals beat the Conservatives at the polls, he spent considerably more time talking to Canadians outside the partisan political bubble.

He says it was through these conversations that he came to understand how the niqab policy and other pronouncements during the election campaign alienated Muslim Canadians and contributed to the growing problem of Islamophobia in Canada.

"When it came to these policies, I should have used my seat at the table to push against divisiveness that promoted the notion of the other," he said in the Facebook post. "I regret not being a stronger voice and sincerely apologize for my role."

Many have parents, grandparents, aunts, and uncles who blazed the trail for them in Canada because they believed it would provide their families with a safer and prosperous future, Uppal said.

"The Canada that they believed in was one that held, in its core, the belief that your race, your religion, your gender, or your sexuality would be accepted here," he wrote.

"It is up to us all to make Canada a better place."

Uppal, who returned to Parliament in 2019 after being defeated four years earlier, said he is "proud to stand" with Conservative Leader Erin O'Toole due to his commitment to equality.

Asked Monday if the Conservatives owe an apology to the Muslim community over past policies, O'Toole said "all parties need to do better."

"I'm proud that my members are reaching out to members of the Muslim community, reaching out trying to build trust with Canadians," he said.

"We have to build trust with more and more Canadians before the next election, and I'm committed to do that."