VICTORIA — The looming prospect of a second wave of COVID-19 this fall has governments cautiously monitoring daily infection rates as economies restart and students return to school.
Sep 15, 2020 1:00 AM By: Canadian Press 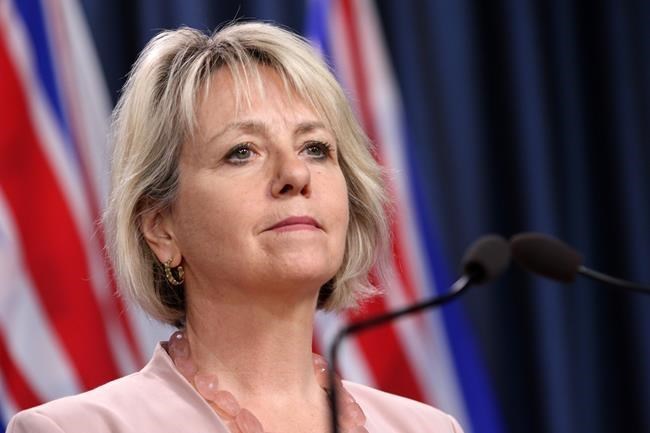 VICTORIA — The looming prospect of a second wave of COVID-19 this fall has governments cautiously monitoring daily infection rates as economies restart and students return to school.

A widespread return of economic and social restrictions that closed businesses and schools and cancelled public events in March is not the preferred option, but there may be no choice, say politicians and health officials.

"The last thing that anyone wants is to have to once again shut down our economies and suspend our lives to try and counter a massive second wave," Prime Minister Justin Trudeau said last week.

He stressed public vigilance to fight the pandemic, frequent hand washing, mask wearing and physical distancing, because "as we're seeing with cases rising across the country, we are not out of the woods."

Winnipeg epidemiologist Cynthia Carr said Canadians should brace for more restrictions and shutdowns if COVID-19 cases continue to rise, even without the arrival of a second wave.

"There could still be a large increase in cases related to behaviour and that gives government opportunity to go, 'OK, what are we going to change now to get the transmission back under control?'" she said. "That's where government will need to focus."

British Columbia ordered the immediate closure of nightclubs and banquet halls last week after daily COVID-19 case numbers were consistently above 100, with many infections traced to young people out socializing at events where alcohol was served.

Henry said she took "draconian" measures in March to slow infections, and closing nightclubs and halls is a necessary step now.

"I think we need to all start rethinking about what we need to do to get us through the next few months as a community together, and these are some of the things that we'll need to put aside for now," she said at a news conference.

Last week in Quebec, the government said police can hand out tickets ranging between $400 and $6,000 to those who don't have a face covering in indoor public spaces or on public transit.

The province also announced several measures in addition to the fines, including the banning of karaoke and obliging bars to keep registers of clients as infection numbers rise.

"The more opportunity you give the virus to spread again, the more it will take that opportunity," she said.

Carr, a private consultant who advises governments and communities on health policy, said the arrival of a second wave of COVID-19 will cause widespread fear because it signals the virus has changed its behaviour.

"That's where the scariest parts are," she said. "If the virus starts to mutate and become different and impact, for example, much younger people significantly."

But Carr said increasing restrictions are inevitable in a second wave or uptick in COVID-19 cases.

Economics professor James Brander said politicians and health officials should carefully weigh the impact of imposing more restrictions or shutdowns on the economy in the event of a second wave or increasing infection rates.

"What you want is the low hanging fruit," said the public policy expert at the University of British Columbia's Sauder School of Business.

Governments were too harsh on the economy in March and with hindsight should now consider more targeted restriction options, including shutting down bars, preventing large gatherings and requiring more aggressive mask-wearing policies, Brander said.

"The best decision is typically related back to controlling as much as possible the transmission so that economies can get back to thriving and that people can maintain social well-being."

This report by The Canadian Press was first published Sept. 15, 2020.