Former Bloc Quebecois leader Michel Gauthier has died at age 70 after a battle with lung cancer. “Michel died in the arms of his wife and two children, his soul at peace," Gauthier's family said in a statement on Saturday.
May 31, 2020 8:58 AM By: Canadian Press 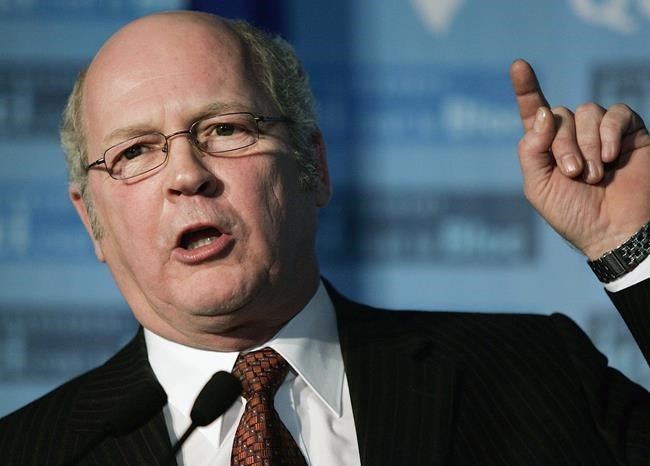 Former Bloc Quebecois leader Michel Gauthier has died at age 70 after a battle with lung cancer.

“Michel died in the arms of his wife and two children, his soul at peace," Gauthier's family said in a statement on Saturday.

"I spoke to him last week, he knew he didn't have a lot of time left because of his illness, we spoke about life and politics, there were moments that weren't easy," Duceppe told The Canadian Press.

Duceppe remembered Gauthier as a good teacher who knew how to easily explain things concretely.

"He was a go-getter, it's sad to lose him so soon," Duceppe said. "I had great moments by his side. Beyond the differences we could have, we wanted, both of us, that Quebec move forward."

He was one of the most recognizable Bloc members, at one time serving as house leader.

He announced his departure due to illness in May 2019.

"On behalf of myself and Bloc Quebecois MPs, I extend my sincere condolences to the many friends and relatives of Michel Gauthier. I wish them the courage that he has shown in his fight against the disease," Blanchet wrote on Twitter.

He began in provincial politics and was first elected to Quebec's national assembly as a member of the Parti Quebecois in 1981 and was re-elected in 1985 in the provincial riding of Roberval.

During his time in provincial politics, he served as parliamentary secretary to Jacques Parizeau, who was Quebec's finance minister.

He was head of the local school board in Roberval between 1988 and 1993 before making the leap to federal politics.

When former Bloc leader Lucien Bouchard left the federal party to return to provincial politics in Quebec, Gauthier was tapped to lead the sovereigntist party from 1996 to 1997, a time when it was the official Opposition.

When Duceppe was elected Bloc leader in 1997, Gauthier was appointed house leader, returning to the job he'd held under Bouchard.

After politics, Gauthier also spent some time working in media as host of the show "Gauthier" on the now defunct French-language network TQS.

Gauthier is survived by his wife Anne Allard, his children Isabelle and Alexandre and their families, his wife's daughters Natacha and Katia, and their grandchildren.

Note to readers: This is a corrected story. A previous version incorrectly identified his wife as being the mother of his children.