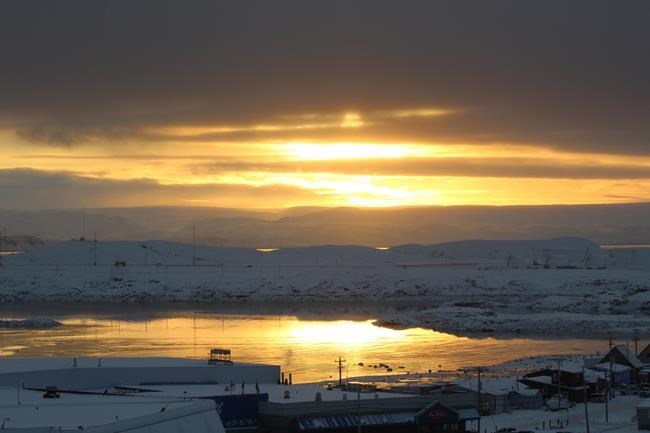 With an outbreak ongoing in Iqaluit, the Aqsarniit middle school has split students into two groups, each one attending classes on alternating days.

“There are no additional cases of COVID-19 after contact tracing and testing of high-risk contacts of the two students from Aqsarniit Iliniarvik in Iqaluit," Michael Patterson said in a news release Monday.

"The risk of exposure to other students at the school is considered low, and it is safe for staff and students from Cohort B to resume classes tomorrow,"

Patterson said there is not an outbreak at the school.

"There's absolutely no indication. In fact, we have good evidence that both students acquired this outside of school and it had nothing to do with the school," he said.

Patterson said 21 people have been identified as contacts of the two students. In total, there were about 50 people in isolation in Iqaluit.

Masks were made mandatory Monday across Nunavut to increase protection against further spread of COVID-19, Patterson said.

The territory's Health Department said it was working with Agnico Eagle Mines to get residents back to work at its gold mines in central Nunavut. The workers were sent home with 75 per cent pay when the pandemic began in March 2020 and haven't been able to return to work.

The recall will be voluntary and will happen over two to three weeks.

An outbreak at Baffinland's Mary River iron ore mine on northern Baffin Island has shut down its operations since May 5. Nunavut residents working at the mine were also sent home last spring.

"We want to get Nunavummiut back to work at Baffinland, but that will happen when it's safe and when we're certain that this outbreak is over," Patterson said.

He said there have been no active cases at the mine since June 5 and transmission was last confirmed on site May 29.

There were nine active cases of COVID-19 in Nunavut, all in Iqaluit.