EDMONTON — Different rulings from courts on the federal government's carbon tax are a result of judges working through a section of the Constitution that is seldom used, say legal experts.
Feb 25, 2020 2:46 PM By: Canadian Press 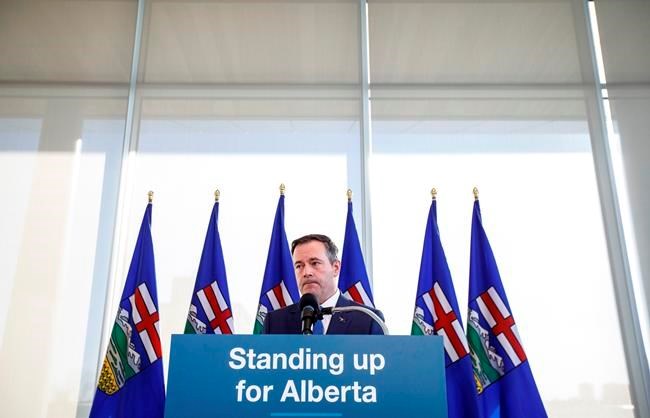 EDMONTON — Different rulings from courts on the federal government's carbon tax are a result of judges working through a section of the Constitution that is seldom used, say legal experts.

They say the decisions — two siding with Ottawa and one against — aren't about the tax itself, but only address how the federal government has justified it. There are plenty of other ways to bring in such a levy, they add.

"The federal government would be able to legislate an equally stringent carbon pricing regime using the criminal law," said law professor David Wright from the University of Calgary.

On Monday, the Alberta Court of Appeal ruled 4-1 that the carbon tax is unconstitutional. It found that Ottawa's argument that climate change is a national concern only the federal government can adequately deal with would strip power from the provinces.

The court called the law a "constitutional Trojan Horse."

Split rulings in Ontario and Saskatchewan last year supported the law. Altogether, eight provincial appeal justices have agreed with how the tax is set up and seven have not.

The split is rooted in the argument federal lawyers have used. They're counting on a rarely used section of the Constitution that allows Ottawa to step in over matters of "national concern" — a clause that has come before the Supreme Court only three times since Confederation.

"It's just not an area courts have explored," said law professor Eric Adams from the University of Alberta. He compares it to an old trunk found in a closet — nobody's sure what's in it.

A national concern has to be something beyond the ability of provinces to address. Which leads to the question all three courts have considered: What is this law trying to do?

The majority rulings in Ontario and Saskatchewan said the law is meant to create consistent national carbon pricing. Only Ottawa can do that because individual provinces would seek their own advantage.

The Alberta court, however, decided the law is trying to regulate greenhouse gases. Every province already does that, so the federal law is overreach.

One Alberta justice wrote that the carbon tax law could lead to Ottawa telling people how high to set their thermostats. Adams suggested that goes too far.

"There was a dystopian future being crafted by the majority that quite simply wasn't before the court."

That may be partly due to sensitivities particular to courts in different regions, both law professors said.

"If a court is trying to consider what provincial jurisdiction means, that's going to look and feel different across different provinces," said Wright.

"The constitutional culture of different jurisdictions will have an impact on how constitutional cases are argued," Adams said. "It's not terribly surprising that an Alberta Court of Appeal would be more attuned to the kind of arguments you would hear in the political climate of Alberta."

The decisions of all three Courts of Appeal will be considered by the Supreme Court when it hears Saskatchewan's appeal in March.

It's part of the courts trying to sort out who has jurisdiction over problems the Fathers of Confederation had no idea of, said
Adams.

"Litigation evolves over time, especially when you're working in a novel area," he said. "This is not an easy case."

Wright warns that Ottawa could draft another carbon tax based elsewhere in the Constitution. And the provinces might dislike a law based on the Criminal Code even less.

"They may not have quite the regulatory flexibility they have in the current act," he said.

"The current approach is strongly in the spirit of co-operative federalism. A different approach may be less so."

This report by The Canadian Press was first published Feb. 25, 2020

Search for missing ball python, one month after it slithered off near Victoria
Aug 4, 2020 4:19 PM
Comments
We welcome your feedback and encourage you to share your thoughts. We ask that you be respectful of others and their points of view, refrain from personal attacks and stay on topic. To learn about our commenting policies and how we moderate, please read our Community Guidelines.