Military needs to be 30-per-cent women for real change: vice-admiral

OTTAWA — Nearly a third of members of the Canadian Forces should be women to bring about a real culture change in the military, says the admiral in charge of the Forces' human resources, while acknowledging the real trouble they're having getting the
Mar 5, 2020 2:26 PM By: Canadian Press 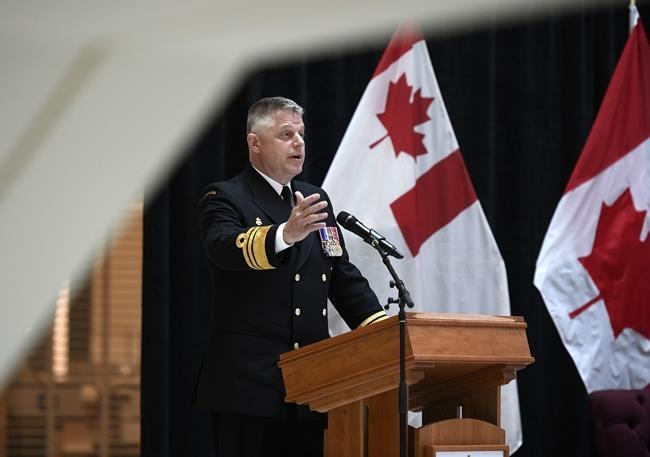 OTTAWA — Nearly a third of members of the Canadian Forces should be women to bring about a real culture change in the military, says the admiral in charge of the Forces' human resources, while acknowledging the real trouble they're having getting the proportion up to a quarter.

Speaking to the Ottawa Conference on Security and Defence on Thursday, Vice-Admiral Haydn Edmundson struck a cautiously optimistic tone in explaining how the military is looking at different ways to recruit and retain more women — and the challenge it entails.

The drive to increase female representation in the Forces stems from an order that Gen. Jonathan Vance delivered in February 2016, shortly after he took command of the military. He said he wanted one of every four service members to be a woman within the next decade.

Women were 15.9 per cent of all military personnel at the end of 2019, according to figures provided to The Canadian Press in January. That compared to 15 per cent when Vance issued his order nearly three years earlier.

While the number of women recruited each year has grown, Edmundson noted it has not increased enough.

"I'll give you the tough love," he said. "Last year only 17.9 per cent of the people who came into the Armed Forces were women. You can do the math as well as I can: You can't get to 25 per cent unless you get to 25-plus per cent of intake or you reduce your attrition."

An internal Defence Department study previously reported on by The Canadian Press said the military needed to nearly double the number of women it has been recruiting in recent years to reach its goal by 2026.

Even as he acknowledged the challenge in realizing the 25-per-cent target, Edmundson said even more women will be needed to bring about lasting change to the military's historically male-centred culture.

Military commanders have emphasized the need to change the culture in the Forces in response to concerns about systemic sexual misconduct, as well as the need to increase recruitment and better conduct missions that involve interacting with local populations. More diversity in the ranks means more likelihood of building rapport.

"You need to get over 30 per cent if you want to actually have an effect on culture change," Edmundson said.