OTTAWA — Nearly two-thirds of candidates in the last federal election felt there was a problem with the spread of false information online, a newly released survey report suggests.
Jun 1, 2020 1:01 PM By: Canadian Press 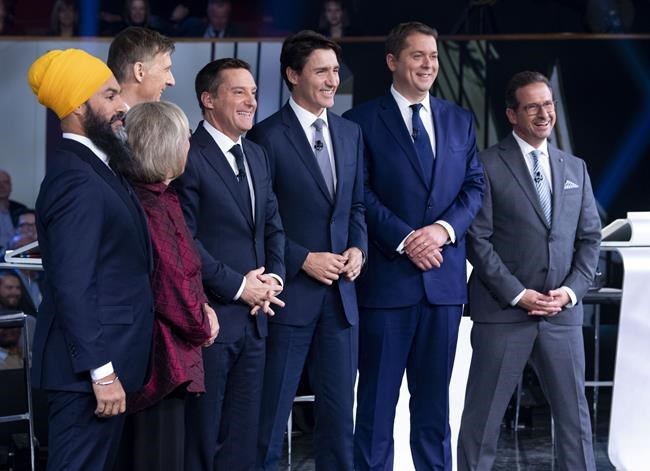 OTTAWA — Nearly two-thirds of candidates in the last federal election felt there was a problem with the spread of false information online, a newly released survey report suggests.

The survey, conducted for Elections Canada by Ekos Research Associates, found that among those who saw fake information as a headache during the campaign, 30 per cent said it had a major impact on the election outcome.

Over two in five said that foreign countries or groups used social media and other means to influence Canadians' political opinions.

Survey results were weighted by candidate age and party, as well as whether the nominee was an incumbent and whether or not they were elected, to reflect the population characteristics of all candidates.

The federal government recently announced Canada is teaming up with tech giant Microsoft and the Alliance for Securing Democracy, a U.S.-based civil society group, on countering election meddling as part of the Paris Call for Trust and Security in Cyberspace.

"For many years the internet was presented us to as a land of opportunity, one that ensured collective freedoms and was a natural ally to democracy," Privy Council President Dominic LeBlanc said in making the announcement.

"These past few years have served to some extent as a cooling mechanism, showing how vulnerable we can be to threats to both cyberinfrastructure and to campaigns of disinformation."

Sixty-four per cent of those who responded to the survey said there was a problem with the spread of false information online in the campaign, while 22 per cent said it was not an issue and 14 per cent didn't know.

Candidates from parties represented in the House of Commons and nominees under age 35 were generally more likely than others to perceive a spread of false information, the survey report says.

Candidates from Alberta were more likely than those in other regions to feel there was a problem with both the general spread of false information online and foreign countries using social media to influence political opinions.

Those in Quebec were least likely to cite these things as difficulties.

Support for online voting was low, with just over one-third of candidates surveyed saying ballots should be cast using the internet.

Overall, the results suggest half of candidates were satisfied with the democratic system, the report says.

"The two most frequently cited reasons for dissatisfaction in the way democracy works in Canada include the lack of proportional representation and that the first-past-the-post system does not reflect voters' preferences."