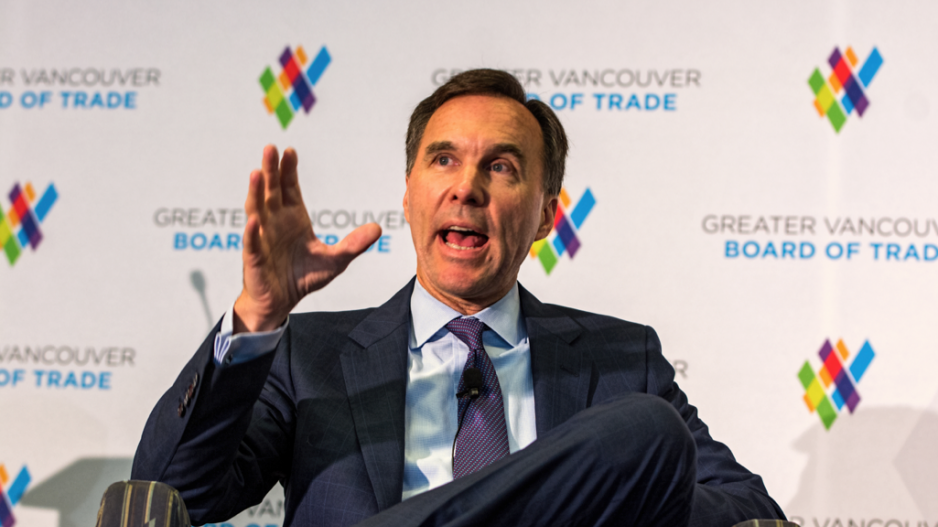 Ottawa will extend its wage-subsidy program to businesses through to December 19 but those that currently qualify for the 75% subsidy will eventually see their subsidies decline as a result of pending updates.

Finance Minister Bill Morneau announced Friday (July 17) the federal government will also nix the requirement that businesses show a 30% decline in revenue to qualify for the program.

Instead, businesses that have experienced any decline in revenue regardless of how small will qualify for the program.

The government will also offer what the finance minister described as a “top-up” to businesses that can show their revenue has fallen 50% in the wake of the pandemic.

“Those changes will be quite important because they’ll give businesses the ability to know that they have the wage subsidy for longer,” Morneau told reporters during a media briefing in Toronto.

The retooling means businesses currently tapping the 75% subsidy will face a “gradually decreasing base subsidy,” according to a release from the Department of Finance.

Businesses that have demonstrated a 30% decline or more under the current program will be eligible to tap the current 75% subsidy through to August 29 under what the government is calling a “safe harbour” rate that ensures they do not receive a subsidy below what they would have been eligible for under the initial rules.

The original subsidy covered up to 75% on the first $58,700 an employee earns — or a maximum of $847 a week — but the updates bring significant changes.

From July 5 to August 29, the maximum will be set at $677 per week for new recipients before declining to $565 per week.

The new base rate for companies with 49% revenue declines or less is calculated at 1.2 multiplied by a company’s revenue drop.

That calculation will change starting August 30 and the base rate will be 1 multiplied by a company’s revenue drop.

That same company experiencing revenue declines of 20% would then be eligible for a 20% base subsidy (1 x 20% decline).

That means a current subsidy recipient experiencing a 30% decline in revenue as of August will be tapping a 75% subsidy next month before finding itself only eligible for a 30% subsidy (1 x its 30% revenue drop) in September — an immediate drop of 45 percentage points.

The total cost of the subsidy updates come in at an estimated $83.6 billion.

The government has presented draft legislation to opposition parties.

The House of Commons next sits on July 22 and will need to vote on whether to amend the legislation.

The government said the jobs of “about 3 million” Canadians are being supported through the wage-subsidy program.

The program initially launched as a 12-week initiative to cover the period from March 15 to June 6.

It was later extended in May for an additional 12 weeks ending on August 29.

The finance minister also acknowledged during his briefing an “error” in not recusing himself from cabinet-level decisions regarding the selection of the WE charity to facilitate the delivery of nearly $1 billion through the Canada Student Service Grants.

Morneau’s daughter works for the charity, which also shares ties to Prime Minister Justin Trudeau and some of his family members, the latter of whom have been paid to speak at WE events.

“I did not recuse myself and I think that was a mistake in judgment on my part,” the finance minister said.

“I sincerely regret for my error in that regard.”