OTTAWA — An unsubstantiated tip that someone is dealing drugs from a phone number doesn't amount to reasonable suspicion of criminal activity, the Supreme Court of Canada has ruled.
May 29, 2020 2:45 PM By: Canadian Press 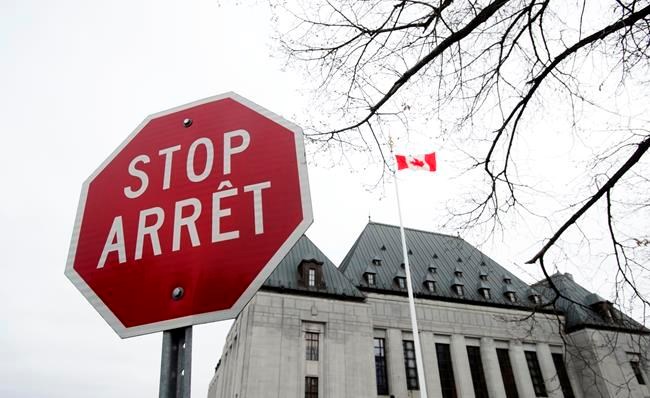 OTTAWA — An unsubstantiated tip that someone is dealing drugs from a phone number doesn't amount to reasonable suspicion of criminal activity, the Supreme Court of Canada has ruled.

In a 5-4 decision Friday on a pair of related cases, the high court said police must take sufficient steps to verify such tips to avoid entrapping suspects.

"As state actors, police must respect the rights and freedoms of all Canadians and be accountable to the public they serve and protect," said a majority of the court.

"At the same time, police require various investigative techniques to enforce the criminal law. While giving wide latitude to police to investigate crime in the public interest, the law also imposes constraints on certain police methods."

In each case, Toronto police were acting on tips to investigate alleged dial-a-dope schemes, where a buyer calls a seller and arranges to purchase drugs at an agreed location.

Javid Ahmad and Landon Williams were charged with drug offences after police officers bought cocaine from each man in the respective probes.

At their trials, the men argued for stays of the drug-related proceedings on the basis of police entrapment, but only Williams was successful.

In Williams' case, police received a tip from a confidential source, contacted the suspected dealer in early 2011 and bought crack cocaine from him twice.

He was charged with drug trafficking, possession of crime proceeds, and firearms and breach-of-recognizance offences.

The trial judge found the police did not have a reasonable suspicion Williams was involved in drug trafficking when the officer first presented the chance to commit an offence, resulting in a stay of the drug-related charges.

Police similarly received a tip that prompted a call to Ahmad and a meeting to buy powdered cocaine in 2012.

The trial judge found Ahmad guilty and refused his request for a stay on the basis of entrapment.

The Ontario Court of Appeal ruled the police conduct in the two cases carried no risk that innocent people would commit a crime that they wouldn't have otherwise carried out.

The appeal court said the defence of entrapment was unavailable to the accused men since the police relied on legitimate investigative techniques to address the modern realities of the drug trade.

Based on the specifics of each case, including the way the phone conversations with police unfolded, the Supreme Court upheld Ahmad's conviction and reinstated the stay of proceedings for Williams.

Unlike in Ahmad's case, there was nothing in Williams' responses — before the police officer provided the opportunity to sell drugs — to suggest that the phone number was being used for trafficking, the decision said.

In addition, the majority wrote, the officer did not wait to see how Williams would respond to an investigative question that could have corroborated he was engaged in dealing.

"Without a requirement of reasonable suspicion, the police could target individuals at random, thereby invading people's privacy, exposing them to temptation and generating crimes that would not otherwise have occurred," the decision said.

"Such conduct threatens the rule of law, undermines society's sense of decency, justice and fair play, and amounts to an abuse of the legal process of such significance that, where it is shown to have occurred, a stay of proceedings is required."

Although it would be prudent for police officers to look into the reliability of a tip before placing the call to a suspected dealer when able to do so, it is also possible for the police to form reasonable suspicion in the course of a conversation with the target, but prior to presenting the opportunity to commit a crime, the decision said.

The suspect's responsiveness to details in the tip, including familiarity with the language of the drug subculture, may tend to confirm its reliability, the court added.