Political leaders take aim at racism in Canada as protests rage in U.S.

OTTAWA — Politicians across the country were united in denouncing racism on Monday, as anger over the police killing of a black man in the United States sparked calls for more action north of the border to end the systemic discrimination of racialize
Jun 1, 2020 3:27 PM By: Canadian Press 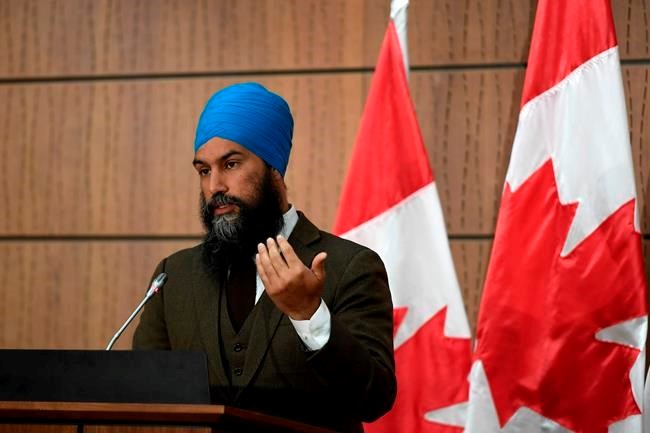 OTTAWA — Politicians across the country were united in denouncing racism on Monday, as anger over the police killing of a black man in the United States sparked calls for more action north of the border to end the systemic discrimination of racialized communities in Canada.

Yet exactly what those same politicians were prepared to do to address the problem, which Prime Minister Justin Trudeau described as a real and unacceptable threat to many Canadians of colour, remained unclear.

The focus on racism by political leaders in Canada followed days of protests and violence in many U.S. cities, as the video showing police in Minneapolis killing a black man, George Floyd, has set fire to long-held anger over racism in the States. A police officer knelt on Floyd's neck for nearly nine minutes while Floyd pleaded that he couldn't breathe, then fell still.

Those protests echoed in Canada over the weekend, including in one largely peaceful rally involving thousands of demonstrators in Montreal Sunday that later turned violent with looting and nearly a dozen arrests.

Speaking during his daily news conference in Ottawa, Trudeau condemned those who "took advantage of these peaceful protests to do significant damage to communities and stores as we saw in Montreal," saying they did not represent the majority.

The prime minister went on to lament that many racialized Canadians still face discrimination and live in fear, saying: "As a country, we can't pretend that racism doesn't exist here."

Yet despite asserting that the status quo is unacceptable and more action was required, Trudeau did not provide any indication that new actions or measures are being contemplated by the government to address the problem.

The prime minister instead listed several initiatives the Liberals have rolled out since 2015, including last summer's release of a three-year anti-racism strategy that includes $45 million in new funding and money to collect more data on racialized communities.

Trudeau himself faced accusations of racism after pictures and video emerged last year showing him wearing blackface makeup on several occasions when he was younger, raising questions about his moral authority to speak on the subject.

The prime minister, who has previously apologized, acknowledged that his actions "hurt many, many people.

"But at the same time, we need to focus on doing better every single day, regardless of what we did or hadn't done in our past," he said. "I will continue to be an ally to minority communities, to racialized communities across this country and around the world."

Several of Trudeau's cabinet ministers took to Twitter on Sunday and Monday to denounce racism, including Public Safety Minister Bill Blair, a former Toronto police chief, and Families Minister Ahmed Hussen, who immigrated to Canada from Somalia and said he worries about how his sons are seen and treated.

Conservative Leader Andrew Scheer also addressed the killing of George Floyd during a news conference on Parliament Hill, saying he was "heartbroken" and that no one should ever feel unsafe around police officers because of the colour of their skin.

"When you're looking at a tragic incident where a man was killed in police custody — with all the context around the discrimination that many black people feel in the U.S. and around the world — it's clear all levels of government have much more to do," he said.

That includes supporting communities that feel marginalized and are victims of racism and discrimination, he said, as well as calling out racist acts and teaching future generations about the damage caused by hate and intolerance.

During his own emotional news conference, NDP Leader Jagmeet Singh recalled his experiences dealing with racism as a practising Sikh while noting the "casual violence" and "callousness" of the Minneapolis police officers who killed Floyd.

"When you see somebody who looks like you being killed like that, it makes you feel like you have no worth and no value," Singh said. "It makes you angry. And I speak as an ally who has felt the painful words and the physical violence of racism."

The NDP leader, who at one point criticized the Liberals for only unveiling their anti-racism strategy after four years in government, went on to call for systemic changes to police training, the justice system and education and health care to eliminate inequality.

Provincial leaders also weighed in, with Ontario Premier Doug Ford and Quebec Premier Francois Legault condemning racism and intolerance while acknowledging that more action is needed to eliminate the problem.

"We must acknowledge where it is coming from and that means coming face to face with some of the most difficult problems we face as a society and many of these issues are deeply rooted," Ford said.

"They stem from a history of racism and abuse. But it is not only by bringing these issues to light, it is only by facing them. It is only by working together that we can begin to address them."

Legault, whose government has been roundly criticized for introducing a controversial ban on public servants' wearing religious symbols, described the video of Floyd being killed as "shocking, revolting."

"I understand all those who are revolted and I'm in solidarity with them," he added. "We have to fight against racism. All humans are equal, are all the same, regardless of the colour of their skin."

The Quebec premier later went on to say that while there's "some discrimination" in the province, there isn't a "system" of discrimination.

— With files from Allison Jones and Morgan Lowrie

The latest numbers on COVID-19 in Canada for Saturday, July 11
Jul 11, 2020 8:59 AM
Comments
We welcome your feedback and encourage you to share your thoughts. We ask that you be respectful of others and their points of view, refrain from personal attacks and stay on topic. To learn about our commenting policies and how we moderate, please read our Community Guidelines.