MONTREAL — Quebec Premier François Legault has written a letter to Prime Minister Justin Trudeau promoting his proposed reform to the province's language law, which includes a potential change to the Canadian constitution.
May 15, 2021 9:39 AM By: Canadian Press 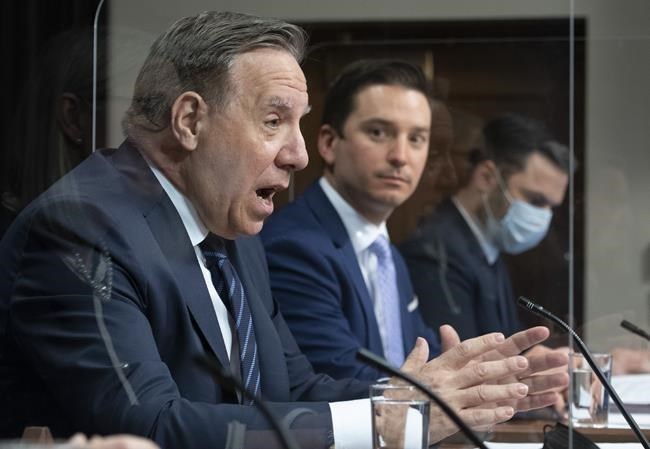 MONTREAL — Quebec Premier François Legault has written a letter to Prime Minister Justin Trudeau promoting his proposed reform to the province's language law, which includes a potential change to the Canadian constitution.

The letter, published on Legault's Facebook page Saturday, outlines some of the main changes to Quebec's language law included in the reform bill.

They include tougher sign laws and stronger language requirements for businesses, including those in federally-regulated industries, as well as for governments and schools.

The letter argues that Quebec has the power to unilaterally change the Canadian constitution to affirm that Quebec is a nation and that French is its official language.

When the bill was first introduced on Thursday, Legault said he had written to Trudeau and the other premiers to explain the province's approach and the references to the Canadian constitution in Bill 96.

The letter argues that despite existing language laws, the use of the French language is in decline and strong action is needed.

It says Quebec's existing language law -- often known as Bill 101 -- was initially controversial but is now widely seen as an important piece of legislation. The letter also notes that Former prime minister Stephen Harper's government adopted a motion in 2006 recognizing Quebec as a nation.

Legault says Quebec will use all available means, including the notwithstanding clause, to support the bill.

This report by The Canadian Press was first published May 15, 2021.

This story was produced with the financial assistance of the Facebook and Canadian Press News Fellowship.