A cluster of COVID-19 cases in Quebec's elementary schools is shining a light on the cost of reopening Canada's hardest hit provinces, as Ontario announced on Friday that it was eyeing a regional approach to pandemic recovery.
May 29, 2020 3:05 PM By: Canadian Press 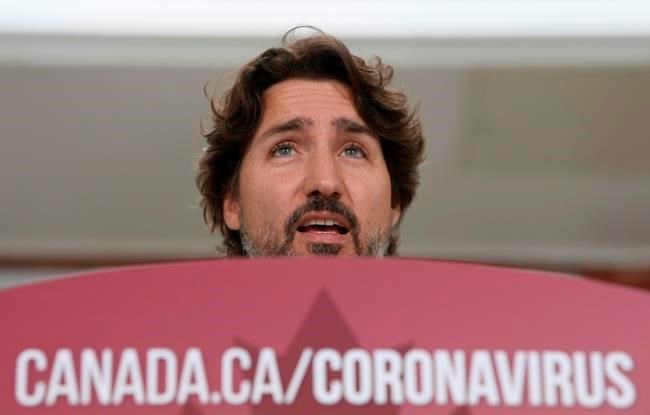 A cluster of COVID-19 cases in Quebec's elementary schools is shining a light on the cost of reopening Canada's hardest hit provinces, as Ontario announced on Friday that it was eyeing a regional approach to pandemic recovery.

At least 41 staff and students tested positive for the novel coronavirus in the first two weeks after elementary schools outside the Montreal area reopened, the province's education department announced.

"It's normal that by having the daycare, the school being open to the community, there can be cases," said Dr. Horacio Arruda, the province's director of public health.

"The advantage in those areas is that they're young children, and we didn't put any personnel who was high-risk (in the classroom)."

The numbers came from a survey of school boards conducted May 25, which found that 19 students and 22 staff members were infected. Twelve of the province's 72 school boards did not offer up data.

News of the outbreaks came as Quebec reported another 530 cases of the virus on Friday, pushing its total above the 50,000 mark. The death toll climbed by 61, to 4,363.

In Ontario, meanwhile, where officials announced the case count had surged to 27,210 and a total of 2,230 people had died, Premier Doug Ford said he was looking at reopening the province region by region.

"The reality on the ground is different in every part of the province," Ford said.

Two-thirds of the province's cases are in the Greater Toronto Area, while some other public health agencies say they have few or no current patients.

New Brunswick, which didn't report any new cases of the virus for the two weeks leading up to May 21, continued to experience a setback on Friday.

Officials there are now working their way through a web of people who may have been infected by a health-care worker who did not self-isolate upon his return from a trip to Quebec.

Health officials announced three additional cases in the region on Thursday, bringing the total of cases in the cluster to six, including the health-care worker at the Campbellton Regional Hospital. One of the new patients also works in health care.

"Based on the contact tracing and the testing that we are doing, we will see more cases," said Dr. Jennifer Russell, the chief medical officer of health.

The province's Vitalite Health Network issued a statement saying the worker had come into contact with dozens of people at the hospital, including 50 employees.

The outbreak forced the adjournment of the provincial legislature Thursday and caused officials to delay a new phase of the recovery plan by a week.

News from the provinces came as Statistics Canada announced gross domestic product fell at an annualized rate of 8.2 per cent in the first three months of 2020 — the worst quarterly showing since 2009 — even though efforts to contain the novel coronavirus by shuttering businesses and schools didn't begin in earnest until March.

Many of those businesses are now reopening in a bid to re-employ some of the three million people who lost their jobs, putting workers and clients in close proximity and lending new urgency to the testing and tracing process.

Ottawa announced new efforts meant to guide the country through the pandemic, including an additional $650 million for First Nations, Inuit and Metis communities. That adds to $305 million the feds had previously promised.

"Although we've made progress, there are still communities that are not properly equipped to handle a COVID-19 outbreak," Trudeau said. "We need to address that."

Remote Indigenous communities are considered among the most vulnerable during the pandemic. Residents often have no ready access to health care, and many live in overcrowded conditions that make it difficult to isolate those who may have been exposed.

Such ships proved to be Petri dishes in the early days of the epidemic, accounting for thousands of infections.

Alberta took a different tack to slowing the viral spread, announcing plans to issue masks to the masses — with a fast-casual caveat.

Starting next month, the provincial government will begin handing out 20 million non-medical masks through A&W, McDonald's and Tim Hortons drive-thrus.

Countrywide, there are now 89,412 confirmed and presumptive cases of COVID-19, and the death toll stands at 6,979.