VANCOUVER — Environment Canada has issued a special air quality statement for Metro Vancouver, showing a very high risk to health due to wildfire smoke from Washington and Oregon.
Sep 12, 2020 1:12 PM By: Canadian Press 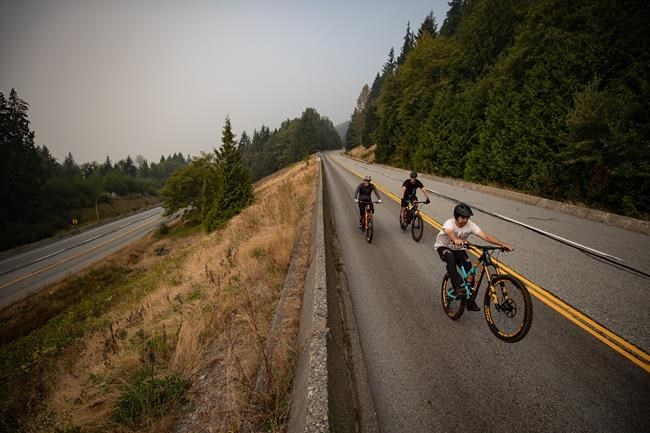 VANCOUVER — Environment Canada has issued a special air quality statement for Metro Vancouver, showing a very high risk to health due to wildfire smoke from Washington and Oregon.

The agency advised people with underlying medical conditions or serious infections such as COVID-19 to postpone or reduce activities outside.

It said people with heart and lung conditions are most affected by air pollution and the very high risk is expected to continue through at least Sunday in Metro Vancouver and elsewhere in British Columbia.

However, smoke concentrations may vary widely across the Metro Vancouver area and the Fraser Valley Regional District as winds, temperatures and wildfire behaviour change, it said.

The air quality health index ranks risk from low to high on a scale of one to 10, but the current risk goes beyond that level and is listed as 10-plus.

Environment Canada meteorologist Armel Castellan said children, the elderly and pregnant women should avoid spending too much time outdoors to protect their health.

"As for the general population, otherwise healthy adults, we're actually recommending they reduce or actually straight up reschedule strenuous activities outdoors," Castellan said, adding that's particularly the case for anyone experiencing a cough or throat irritation.

Residents in Metro Vancouver and beyond have smelled smoke from fires in the U.S. for days, with a fog-like haze continuing to obscure mountains on the North Shore and the sun giving off an eerie orange glow.

Castellan said the wildfires meant Vancouver's air quality ranked as among the worst of the world's major cities on Saturday, along with that in Portland, Ore., and San Francisco.

Dozens of people are still missing from wildfires across the U.S. Pacific Northwest, with authorities fearing that the receding flames could reveal many more dead across the blackened landscape.

Showers expected in that region early next week are expected to help with firefighting efforts in Washington and Oregon but the news isn't so good for those battling enormous fires in California, Castellan said.

"It's going to do almost nothing for the California fires," he said, adding some winds without rain may make the situation worse.

This report by The Canadian Press was first published Sept. 12, 2020.