HALIFAX — Nova Scotia’s top COVID-19 critical care doctor says Halifax patients in intensive care may face transfers outside the region in coming weeks, depending on whether the population can “flatten the curve” of the disease's spread.
May 4, 2021 1:45 PM By: Canadian Press 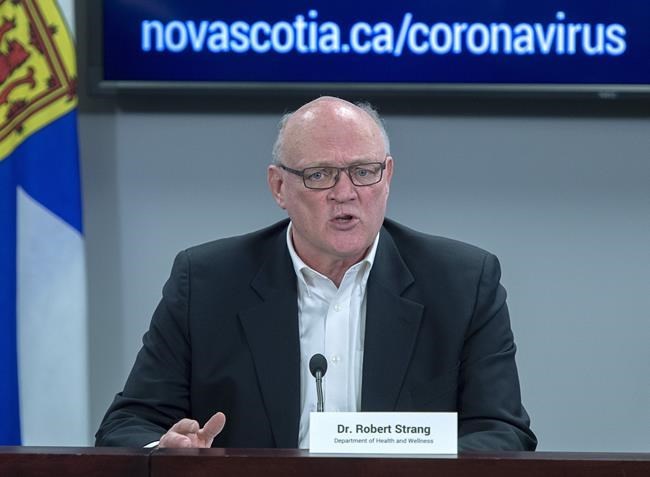 HALIFAX — Nova Scotia’s top COVID-19 critical care doctor says Halifax patients in intensive care may face transfers outside the region in coming weeks, depending on whether the population can “flatten the curve” of the disease's spread.

Models suggest critical care units in the city could approach capacity by mid-May, Dr. Tony O’Leary, medical director of critical care for Nova Scotia Health, said Tuesday. At that point, he added, it's possible patients will have to be shifted to hospitals outside Halifax.

“If the public follows public health measures now and in the coming weeks, it is going to make the difference between people having to be transferred around the province because we’ve reached our capacity in central zone,” O’Leary said in an interview, referring to the health region that includes Halifax.

As of Tuesday, Nova Scotia had 1,060 active COVID-19 cases — with most in the Halifax area — and models predict up to 10 per cent of those infected will require hospitalization, with about three per cent of the total needing intensive care.

Meanwhile, health officials said Tuesday that two people recently died of COVID-19 at home and 39 patients are in hospital with the disease. Officials also reported a new record high of 153 new COVID-19 cases. Dr. Robert Strang, the chief medical officer of health, said it is concerning that one of those who died wasn't known to public health as a positive COVID-19 case.

"The illness we are seeing in Nova Scotia from the variants can progress quickly and give people severe symptoms, sometimes in as little as 12 hours," Strang said, adding that people should not hesitate to go to hospital.

"The disease may not give you time to wait," he said.

O'Leary says if the modelling bears out, the current number of positive tests will soon put pressure on the capital's critical care units, though he predicts they can handle the surge if the general population strictly adheres to public health guidelines in the coming weeks and the rise of cases begins to slow.

The physician says the city's system has capacity for about 28 critical care beds, and it can extend that capacity up to 44 beds.

O'Leary, however, says as of Tuesday, his teams were bracing for a possible tripling of Halifax's current level of eight COVID-19 ICU patients to between 20 to 25 patients in seven to 10 days.

The doctor says the ability of ICU staff to handle the pandemic surge will depend on how many other extremely sick patients need intensive care, as well as the rate at which COVID-19 patients are being referred and recovering.

O'Leary says once Halifax's system hits about 85 per cent capacity and if there is steady flow of COVID-19 referrals, that would be a trigger for transfers of patients to some of the other hospitals around the province.

The critical care physician said Nova Scotia’s system is preparing for that possibility.

“The idea is that if a patient needs a bed, they’ll get it," he said. "It may not be at their closest hospital if we get very full, but the plan is in place to use all critical beds as a provincial resource."

There are a total of 93 intensive care beds around the province for both COVID-19 and other patients, with a plan to increase that to 133 if necessary.

The recent spikes in cases in Nova Scotia have been a reflection of some of the highest testing levels since the pandemic started, and the province has been catching up with a backlog of results.

The public health doctor also urged Nova Scotians to think of the families of those who had just died if they're tempted to breach public health rules.

"This isn't a joke, it isn't annoyance and it isn't a conspiracy," he said. "COVID is real, it's here and it can kill."

O’Leary said those who are treated in intensive care have a stronger chance of recovery than a year ago, noting treatments have evolved considerably.

Critical care teams will delay putting patients on ventilators, instead using methods to keep a high flow of oxygen to them and — in some instances — the patients are encouraged to roll over onto their stomach to assist in breathing, a method known as “proning,” the physician explained.

Combinations of the steroid drug dexamethasone and the antiviral drug remdesivir are being used to reduce the need for mechanical ventilation and to shorten recovery times.

“I think we can save more lives,” O’Leary said.

This report by The Canadian Press was first published May 4, 2021.

Quebec premier argues province has power to amend constitution in letter to Trudeau
May 15, 2021 9:39 AM