Trudeau, Morneau, Telford must resign, or trigger an election: Blanchet

OTTAWA — Bloc Quebecois Yves-Francois Blanchet said Wednesday his party will force a confidence vote against the Liberal government this fall unless Prime Minister Justin Trudeau, his finance minister and his chief of staff resign.
Aug 12, 2020 3:04 PM By: Canadian Press 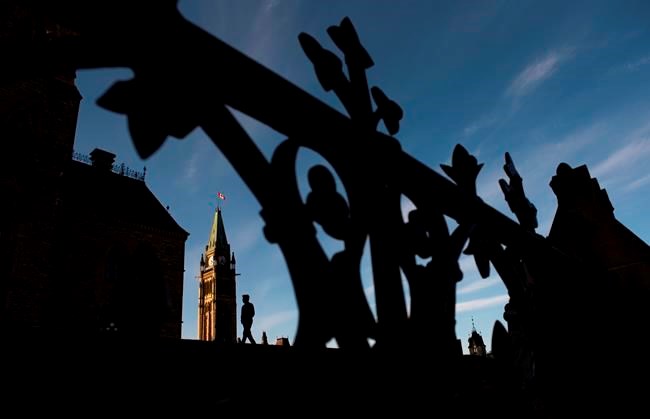 OTTAWA — Bloc Quebecois Yves-Francois Blanchet said Wednesday his party will force a confidence vote against the Liberal government this fall unless Prime Minister Justin Trudeau, his finance minister and his chief of staff resign.

But the New Democrats don't seem ready to back the effort and with 24 MPs, they have enough seats in the House of Commons to be the deciding factor in whether Canada moves toward a fall election in the middle of a pandemic.

Blanchet first made his threat Wednesday morning before a planned sitting of the hybrid House of Commons in Ottawa. He reiterated it later in the Commons, expressing disgust Trudeau hadn't even bothered to show up.

Trudeau is on a two-week summer vacation with his family. Blanchet said in French that he had also been on vacation but chose to end it in time to be able to attend, and that Trudeau's absence sealed the deal on pushing for a fall election.

"We have to ask, is this government still worthy of our confidence and they just gave us the answer," Blanchet said in French, before storming out of the chamber in a dramatic huff. He later returned for the rest of the question period.

Blanchet earlier told reporters the revelations around the WE Charity controversy — as well as new details about a contract for the commercial rent-relief program that went to a company employing the husband of Katie Telford, who is Trudeau's chief of staff — prove the Liberal government is no longer trustworthy.

Blanchet said even though the country is still grappling with COVID-19, keeping people in office who are "mismanaging" the government would be more dangerous than sending Canadians to the polls in a pandemic.

Liberal Foreign Affairs Minister Francois-Philippe Champagne shrugged it off as he arrived for Wednesday's session.

"I'm not concerned about threats," he said.

Champagne said Canadians are focused on their health and safety and the economic recovery and are not looking to head to the polls during the COVID-19 pandemic.

The Liberals, with 156 seats, are 14 votes shy of a majority in the House of Commons. Blanchet, with 32 MPs, would need the Conservatives' 121 seats, and either all three Greens and two Independent MPs or at least some of the NDP's 24 votes to pass a motion of no confidence.

He said he had not yet consulted the other opposition leaders on the matter.

The NDP is not on board at this point.

New Democrat Leader Jagmeet Singh said in a written statement Wednesday that the government can earn confidence by working with the NDP to fix employment insurance and improve child care so people can go back to work.

"Those are the things we will be fighting for and be looking for as we continue to try to make Parliament work," he said. "Just like we have been throughout the minority Parliament."

The Conservatives are set to elect a new leader later this month, so a decision on what to do this fall will depend on who wins that race. Alberta Tory MP John Barlow said Wednesday that from his perspective, an election this fall isn't a good idea.

"Honestly, I don't think Canadians are ready for an election right now," he said.

Barlow said the government has a lot to answer for and needs to do a lot to show a strong economic recovery plan this fall, but he said next spring, if the virus is more under control, seems more logical to him for election timing. Having thousands of volunteers going door to door right now does not seem safe, Barlow added.

The Conservatives and Bloc focused much of their time during 95 minutes of questions Wednesday on the government's various ethical issues. Conservative House Leader Candice Bergen at one point said Trudeau had set the lowest bar for ethical conduct of any prime minister in Canadian history.

The NDP stuck mainly to questions about the pandemic response, including asking when Canadians will get all the details about what will happen when the Canada Emergency Response Benefit ends later this month. Manitoba NDP MP Daniel Blaikie said Canadians need to have information on what they will receive in September, which he noted is a little more than two weeks away.

The government's plan is to transfer those on CERB to employment insurance, as well as caregiver and sick leave benefits. Employment Minister Carla Qualtrough said the details will be coming very soon.

Trudeau and Morneau are under investigation by the federal ethics watchdog for possible conflicts of interest arising from the government's decision to hand administration of a student grant program to WE Charity.

Both Trudeau and Morneau have close family connections to the WE organization and have apologized for not recusing themselves from the decision.

Trudeau's office points out that the prime minister has already testified at length about the controversy before the Commons finance committee, as have Morneau, other ministers and senior bureaucrats.

Morneau attended the House of Commons sitting virtually and responded to a question from Conservative Leader Andrew Scheer about his political future by saying the government will remain focused on the needs of Canadians in the pandemic.

Wednesday marked Scheer's final day in the House of Commons as his party's leader. His successor will be named later this month before the next sitting.

The chamber normally does not sit at all during the summer. Under special procedural rules adopted during the COVID-19 pandemic, the government agreed to have the Commons sit twice in July and twice in August. A confidence vote is not possible during this period.

The House of Commons is currently supposed to resume in full on Sept. 21, which would be Blanchet's first expected opportunity to raise a motion of no confidence.

— With files from Stephanie Levitz, Teresa Wright and Joan Bryden.

Note to readers: This is a corrected story. A previous version had the incorrect name for Bloc Quebecois Leader Yves-Francois Blanchet. It also said the Bloc Quebecois needs support from at least one other party to successfully trigger an election.