'Vowed myself to silence:' Woman says she couldn't cope after Edmonton attack

EDMONTON — One of five women who was sexually assaulted by a former nightclub employee says she wasn't able to talk about the attack for four years.
Jul 9, 2020 3:29 PM By: Canadian Press 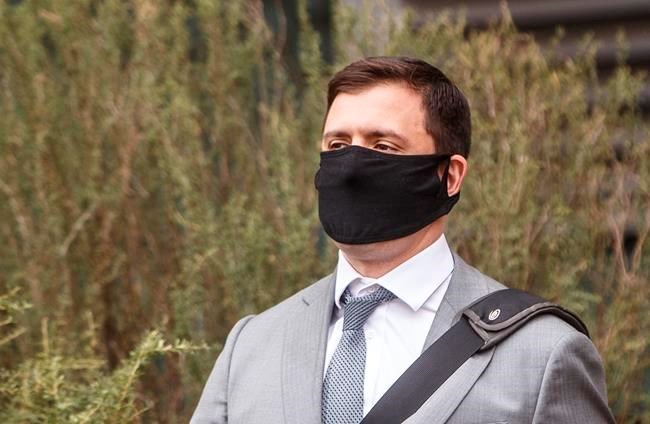 EDMONTON — One of five women who was sexually assaulted by a former nightclub employee says she wasn't able to talk about the attack for four years.

"I vowed myself to silence," she said in her victim impact statement in Court of Queen's Bench on Thursday, the second day of Matthew McKnight's sentencing hearing.

The woman, whose name is protected by a publication ban, said she decided to go to police when she realized there were other victims.

McKnight, 33, was charged with sexually assaulting 13 women ranging in age from 17 to 22 between 2010 and 2016 in Edmonton. He pleaded not guilty but a jury convicted him on five of the 13 counts.

The woman who gave her statement Thursday said she tried to forget about the assault, which she could barely remember after being plied with alcohol by McKnight.

"I could no longer walk, form sentences or see straight," she said. "The very last thing I remember was being so intoxicated my vision blurred."

She said she woke up naked in what appeared to be McKnight's bedroom and she quickly fled.

The woman told court she was horrified to hear her attacker's defence in court was that the night had been consensual.

"I couldn't even walk, see or talk ... let alone consensually engage in sexual activity," she said.

"To say it was consensual and these were his typical nights, he is a danger to women."

Court has heard McKnight met most of the victims in bars and assaulted them at his apartment.

Crown prosecutor Mark Huyser-Wierenga said Wednesday that alcohol and "something else" were used in at least three of the offences in what he dubbed "drug-facilitated" sexual assaults.

Justice Doreen Sulyma has challenged the submission that evidence of drugs had been proven in court. The Crown said one of the women only had one drink, which she testified was given to her by McKnight before she blacked out.

Two of the victims told the sentencing hearing Wednesday that they have had nightmares, thoughts of suicide and anxiety since they were attacked.

Four family members, including the sister of another victim, also provided statements to the court. The fifth victim is expected to read her statement Friday.

The Crown prosecutors have recommended consecutive sentences, which would be served one after another, because each of the five offences was separate. They asked for two terms of four years, one of 4 1/2 years and two at five years — for a total of 22 1/2 years.

Defence lawyer Dino Bottos started his sentencing submissions Thursday by focusing on his client being assaulted in the Edmonton Remand Centre while he awaited bail.

He put McKnight back on the stand to testify about the assault.

"I was outside the cell and I was on the phone with my dad and (my cellmate) came into the room. He was barechested and he hung up the phone call I was on," McKnight said. "He was agitated and called me 'skinner' and a rapist."

A four-minute video from a camera in the remand centre showed McKnight being punched, falling to the ground and getting kicked multiple times by the man. There's blood visible on the floor in the video.

McKnight said he blacked out before the man was taken away by a guard. Several other guards were shown in the video gathering around McKnight and restraining him. He was then led away by guards in handcuffs and a spit mask.

They later took him to hospital, said McKnight.

He said he's worried for his safety when he goes to prison.

"It's going to be a very dangerous time and I am just hoping to survive it," said McKnight.

Bottos is to continue his sentencing submissions Friday when he's expected to ask for a reduced sentence due to the assault.

It's expected to be the final day of the hearing.

This report by The Canadian Press was first published July 9, 2020

Potential explosion in mental illness could last years after pandemic: study
Aug 5, 2020 1:00 AM
Comments
We welcome your feedback and encourage you to share your thoughts. We ask that you be respectful of others and their points of view, refrain from personal attacks and stay on topic. To learn about our commenting policies and how we moderate, please read our Community Guidelines.