What if Canada gets an outbreak of the new coronavirus? A look at pandemic plans

OTTAWA — Canada has a leg up on preparing for a potential outbreak of the novel coronavirus because the country already has a detailed pandemic plan, according to federal Health Minister Patty Hajdu.
0
Feb 26, 2020 2:26 PM By: Canadian Press 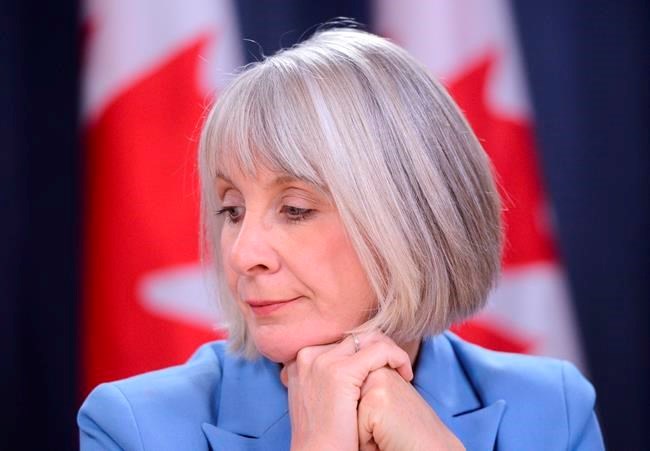 OTTAWA — Canada has a leg up on preparing for a potential outbreak of the novel coronavirus because the country already has a detailed pandemic plan, according to federal Health Minister Patty Hajdu.

It includes lessons learned from the 2003 outbreak of SARS in Ontario and the 2009 H1N1 influenza pandemic.

So what is supposed to happen if the virus starts spreading in Canada? Here's a simplified look:

—Some steps in the plan are already underway, like stepping up surveillance of the disease in Canada and globally, and alerting the public to the potential outbreak. The government has also increased lab capacity to accommodate tests for the virus and put out guidelines for health providers and public-health advice. It has also begun funding rapid research into the virus.

—A priority is to figure out how bad things are, and how bad they're likely to get based on how easily the illness spreads and how sick it makes people who catch it. H1N1 flu, for example, had moderate transmissibility and wasn't terribly severe, as influenza viruses go. That put the impact on par with a bad flu season. The 1918 "Spanish flu," on the other hand, made people very sick and was very easily transmitted. Unusually, it was exceptionally deadly to young adults, putting extreme pressure on a patchwork health system and killing an estimated 50,000 Canadians.

Once everyone has a handle on those two factors, it becomes easier to predict what the impact is going to be on individual patients, the health system, society and the economy, which allows the federal and provincial governments to prepare.

—So far the confirmed cases of the new coronavirus, or COVID-19, in Canada have been found in people who have recently travelled out of the country and their very close contacts. If the virus starts spreading locally, provinces and territories are expected to ramp up capacity to deal with an increase of cases.

—If cases spread at the local level, governments might also consider things like school closures and gathering volunteers to open reception centres for people who are sick and need help but not necessarily hospitalization.

—If things get worse, then it's time to triage. If the virus overtakes the capacity of provincial health-care systems, they are supposed to increase their surge capacity as much as possible. If that doesn't work, they have to decide who needs the services most. That's also when public-health agencies will consider cancelling major gatherings like festivals and sports events.

—If a vaccine becomes available the pandemic plan says the provinces and the federal government should decide who is going to get it first, based on who's most at risk, and start immunizing people as quickly as possible.

—The plan also outlines what happens when the pandemic dies down and things start to get back to normal. First is to prepare for a possible resurgence and restock supplies. Health systems should also put together immunization programs, if a vaccine exists, and evaluate the psychological effect of the outbreak on the public.

—When it really is over, it's time to look back and evaluate how it went, so the plan can be updated for the next health crisis.

N.S. woman describes struggles of a beloved father on ventilator with COVID-19
Mar 30, 2020 5:44 PM
Comments
We welcome your feedback and encourage you to share your thoughts on this story. We ask that you be respectful of others and their points of view, refrain from personal attacks and stay on topic. To learn about our commenting policies and how we moderate, please read our Community Guidelines.