KAMLOOPS, B.C. — Plans are being made to identify and return home the remains of more than 200 children found buried at the site of a former residential school in British Columbia's Interior, says a provincial Indigenous leader.
May 29, 2021 1:00 AM By: Canadian Press 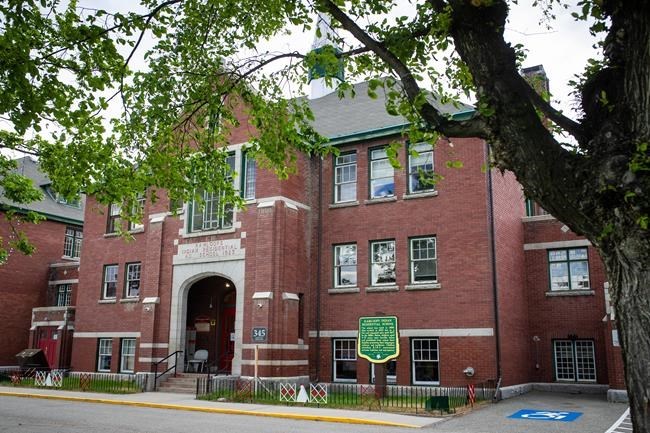 KAMLOOPS, B.C. — Plans are being made to identify and return home the remains of more than 200 children found buried at the site of a former residential school in British Columbia's Interior, says a provincial Indigenous leader.

The Kamloops Indian Band wants to undertake the "heart-wrenching" process to eventually tell the stories of the children and bring peace to their families, said Terry Teegee, Assembly of First Nations regional chief.

The effort could involve the B.C. Coroners Service, the Royal B.C. Museum and forensics experts, he said.

Teegee said he has been meeting with Indigenous leaders from across B.C. to decide what steps to take next.

"Really, I think what needs to occur is perhaps some sort of discovery and perhaps some forensics about who these children were, where are they from if that's possible," he said in an interview from Prince George.

"And perhaps repatriation to their respective communities because the students come from not only the Tk'emlúps te Secwépemc area but also neighbouring communities and as far north as Fort Nelson," he said.

Chief Rosanne Casimir of the Tk'emlúps te Secwépemc First Nation said the remains of 215 children, some as young as three years old, were confirmed last weekend with the help of ground-penetrating radar.

She described the discovery as "an unthinkable loss that was spoken about but never documented at the Kamloops Indian Residential School."

Teegee said he spoke with Casimir about the discovery of the remains and to offer the support of Indigenous leaders and groups from across Canada.

He said they discussed what the best way forward would be to continue the search and provide supports to the Tk'emlúps nation and those who may have lost a loved one.

Casimir said on Friday that more bodies may be found because there are more areas to search in the school grounds.

Teegee said the investigation may require working with the Royal B.C. Museum on how to best manage the area and it could also mean exhuming the remains with the goal of repatriating the children to their communities.

The discovery of the remains confirms the many comments from school survivors about children disappearing, he said.

"I think it speaks to those stories of those children who said, 'There were always stories of these burials, and whatever happened to this kid who went missing in a supposedly random way,'" he said.

Dan Muzyka, board chair of the Royal BC Museum, said his team is providing support to the Nation by searching records held in the BC Archives for historical information related to deaths or burials at the school.

"The most significant, relevant records in the BC Archives are those of the Oblates of Mary Immaculate, the religious order that operated the school," Muzyka said in a statement.

"The museum is committed to fully supporting the Nation through this archival research."

Prof. Nicole Schabus, of the law faculty at Thompson Rivers University, said each of her first-year law students at the Kamloops university spends at least one day at the former residential school speaking with survivors.

"I'm so grateful to the survivors who had so generously shared their stories," she said.

Schabus said she did not hear survivors talk about an unmarked grave area, "but they all talk about the kids who didn't make it."

Survivors started calling her Thursday when the discovery was made public, saying they can't sleep because the reports triggered horrible childhood memories, she said.

"This really resurfaces the issue of residential schools and the wounds from this legacy of genocide towards Indigenous people," he said.

The Kamloops residential school operated between 1890 and 1969. The federal government took over the facility's operation from the Catholic Church and ran it as a day school until it closed in 1978.

The National Truth and Reconciliation Commission has records of at least 51 children dying at the school between 1915 and 1963.

— By Dirk Meissner in Victoria

This report by The Canadian Press was first published May 29, 2021.