OTTAWA — Atletico Ottawa unveiled its home jersey on Thursday, adding a Maple Leaf to the traditional red-and-white colours of its Atletico Madrid parent club.
May 28, 2020 5:01 PM By: Canadian Press 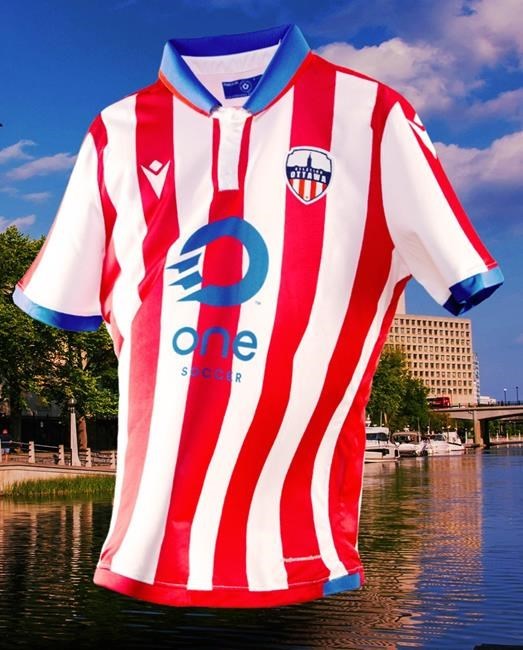 The jersey, shown in a virtual unveiling, has Atletico's trademark red-and-white stripes with a subtle blue trim that marks an addition to the Spanish kit. A large Maple Leaf is imprinted on the back.

The Canadian Premier League expansion team will have to wait to show it off, given the global pandemic.

"It looks incredible," said Canadian international Ben Fisk, who will wear No. 10 for Ottawa.

One Soccer, the CPL's broadcaster, is featured on the front of the jersey as a prime sponsor. The jersey comes from Macron, the league's official kit manufacturer.

"The jersey means everything," said club CEO Fernando Lopez. "It's who you are. It's what you battle for. It's what you represent. It's something that makes you feel inside of you that you belong to something big. It's much more than a jersey."

The CPL was scheduled to start its second season on April 11 but postponed the kickoff on March 20 due to COVID-19.

Ottawa's first game was originally slated for April 18 in Hamilton against defending champion Forge FC. Its first home game at TD Place Stadium was to have been May 16th against HFX Wanderers FC.

The expansion team has announced 14 player signings to date.

This report by The Canadian Press was first published May 26, 2020.