TORONTO — Former UFC fighter Sam (Hands of Stone) Stout is mourning the death of his one-month-old daughter. "Most of you already know that we lost Sydney Love Stout in her sleep the night before last," the 36-year-old from London, Ont.
May 27, 2020 7:28 AM By: Canadian Press 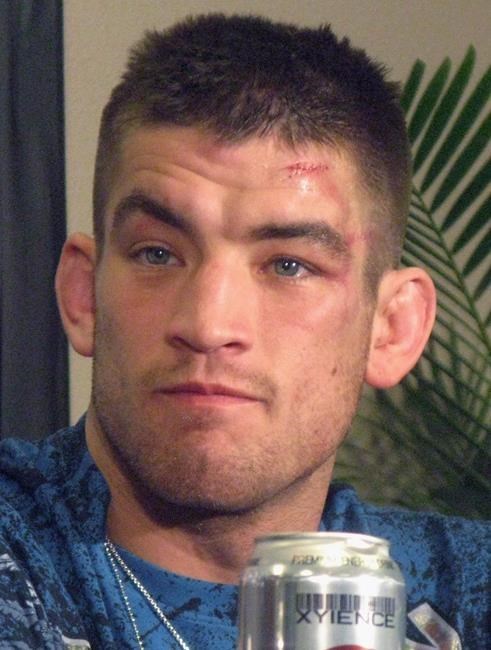 "Most of you already know that we lost Sydney Love Stout in her sleep the night before last," the 36-year-old from London, Ont., wrote on Instagram.

"We tried to save her but it was too late," he said in a post last week. "The last month with her was the best month of my life, and this is now the worst time of my life ... it still doesn't feel real.

"(Wife) Jessie and I haven't let go of each other since yesterday and we will continue to hold on to one other for the rest of our lives."

The UFC and a family friend confirmed the death.

A GoFundMe page has been set up to help Stout, his wife and their six-year-old daughter Logan. As of Wednesday morning, the fundraising campaign had reached $28,450, far beyond the initial goal of $5,000.

Stout debuted in the UFC in March 2006 when he won a split decision over fellow lightweight Spencer (The King) Fisher. The two went on to fight two more times, each garnering a win.

Their trilogy helped Stout earn a reputation as a busy, hard-nosed fighter who usually put on a show.

"We love fighters like Sam Stout," UFC president Dana White said in 2008. "Sam comes out and lets them go."

Stout collected seven fight bonuses from the organization, six for fight of the night and one for knockout of the night.

A former kickboxer, Stout emerged from London with the likes of Mark (The Machine) Hominick and Chris (The Polish Hammer) Horodecki. The late Shawn Tompkins, an elite trainer who became Stout's brother-in-law, helped all three reach the top level of MMA.