Full squad training resumes in Spain ahead of soccer restart

MADRID — Spanish clubs resumed full squad training on Monday, beginning the final stage of preparations for the return to competition.
Jun 1, 2020 6:52 AM By: Canadian Press 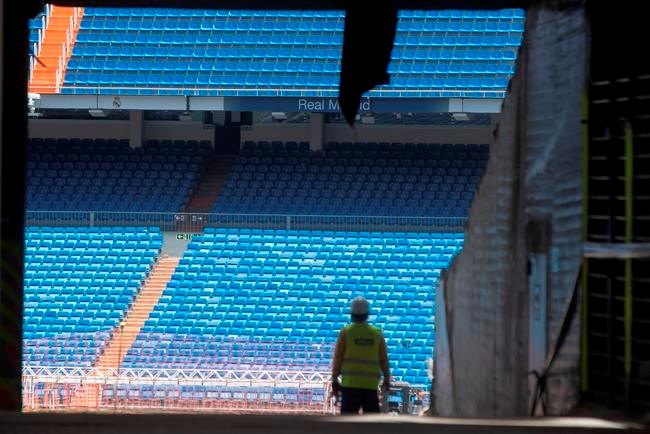 MADRID — Spanish clubs resumed full squad training on Monday, beginning the final stage of preparations for the return to competition.

Clubs will have just under two weeks of full sessions before the league restarts on June 11, almost three months after it was halted because of the coronavirus pandemic.

Training was only previously allowed with groups of up to 14 players. Clubs began individual sessions a few weeks ago and had been gradually increasing their workload.

On Monday, Barcelona showed an image of coach Quique Setién surrounded by the entire squad in training, along with the message “Together Again", and a video of Lionel Messi scoring a goal.

The resumption of normal training comes a day after the league confirmed the dates and times of the first two rounds of matches following its suspension in mid-March. The first game will be the derby between Sevilla and Real Betis on June 11.

Leader Barcelona will resume at Mallorca on June 13, with Atlético visiting Athletic Bilbao on June 14 and Real Madrid hosting Eibar. The derby between Valencia and Levante will be played on June 12.

“It's been unusual preparation, with the players not being allowed to be together,” Real Madrid defender Nacho Fernández told league broadcaster Movistar late Sunday. “The team has been practicing well and with a lot of confidence. We want to be at 100% when we start, and right now we are at about 95%.”

With all remaining league matches likely to be played without fans, Madrid has decided to host games at the Alfredo Di Stéfano Stadium, the team’s training , thus allowing renovation work at the Santiago Bernabéu to continue during the summer as originally planned.

“It would be strange to play at the Bernabéu without fans,” Fernández said. “We have practiced at the Alfredo Di Stéfano before. We will get used to it.”

Madrid trails Barcelona by two points in the league.

“It will be a new championship, with 11 matches remaining,” Barcelona defender Clément Lenglet said. “We will need the maximum number of points to be able to win the title. It will be like starting from zero.”

Players will have trained for about a month by the time the league resumes. Matches are expected to be played every day until the competition concludes on July 19.

“We know it’s a risk to play so many matches like this, after the stoppage and with the heat,” Lenglet said. “We will have to be well prepared.”

The league will schedule most games late in the day to take into account high temperatures in Spain, but some can also be brought forward based on weather forecasts. There will be a couple of matches at 1 p.m. local time (1100 GMT) on the first weekend.

All games will include an “applause to infinity” tribute to the “heroes who are fighting to overcome” the pandemic. Pre-recorded applause uploaded in videos by fans will be played in the 20th minute of matches.