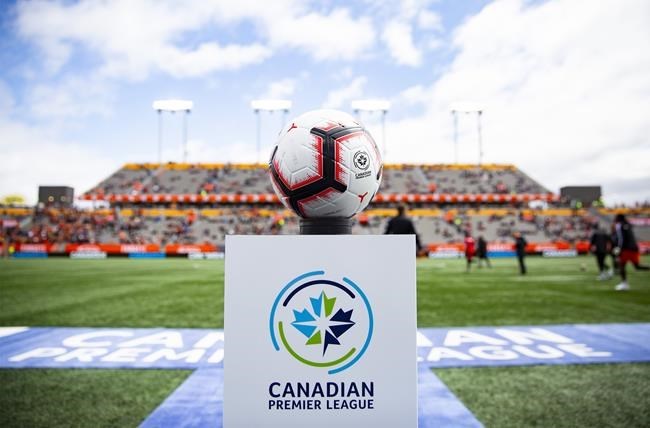 Under the CPL's training protocol, the team will begin with non-contact, individual or small group sessions which will adhere to safety protocols and physical distancing measures for players and staff.

"We're grateful for our Nova Scotia chief medical officer of Health Dr. (Robert) Strang's leadership during this difficult period and in providing us guidelines as a business to safely get our players back on the pitch while protecting the public and our staff," HFX Wanderers president Derek Martin said in a statement.

Wanderers players returning to Halifax after travelling home when training was originally suspended will self-quarantine for 14 days before getting back to training.

The eight-team CPL was scheduled to start its second season on April 11 but postponed the kickoff on March 20, due to the pandemic.

The suspension of the regular season came one week after the CPL said it was halting pre-season training for all its clubs for 14 days. The league has remained on hiatus since then.

Now the CPL is looking to resume training — likely a staggered return depending on local health and government restrictions.

The league has not yet detailed its plans for the 2020 regular season although it appears it is looking east.

The P.E.I. government confirmed Thursday that it has been approached by the Halifax team "to see if our province would be interested in hosting the Canadian Premier League 2020 season."