CALGARY — For Sheldon Kennedy and Willie O'Ree, sport was a vehicle for societal change. NHL players have been inducted into Canada's Sports Hall of Fame before, but usually for their body of work on the ice.
May 27, 2020 1:03 PM By: Canadian Press 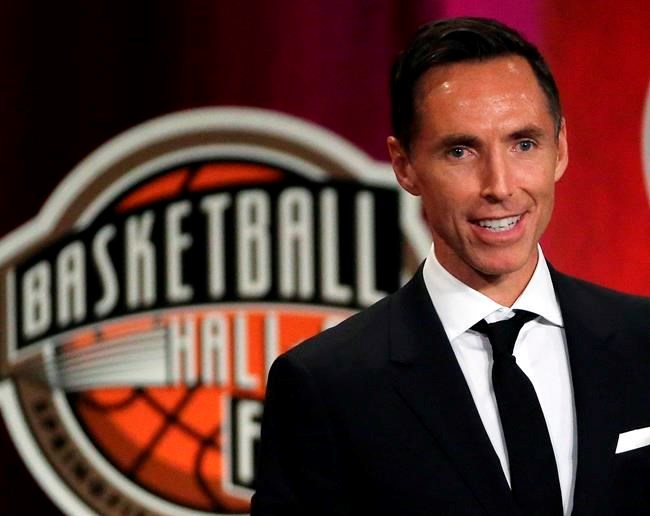 CALGARY — For Sheldon Kennedy and Willie O'Ree, sport was a vehicle for societal change.

NHL players have been inducted into Canada's Sports Hall of Fame before, but usually for their body of work on the ice.

What's unique about the induction of Kennedy and O'Ree is they enter the Hall as builders.

O'Ree, now 84, overcame racism to be the first black player in the NHL.

The Fredericton winger broke the NHL's colour barrier in 1958 playing for the Boston Bruins and went onto play 45 games for the organization.

Kennedy, from Elkhorn, Man., was sexually abused by his junior hockey coach. After a 10-year NHL career, he devoted his life to the prevention of abuse, bullying and harassment in sport.

"An induction, an acknowledgment such as Canada's Sports Hall of Fame, with the issues that Willie represents, I represent, I think brings an importance to them, allows us to keep doing the work and keep moving forward in this area," Kennedy told The Canadian Press.

"Championships are important. People love to watch championships, but I come from a place where I see sport as a platform and as a vehicle to really deliver and move difficult issues. That's what we're seeing this year."

The Sports Hall of Fame is inducting six athletes and five builders in recognition of its 65th anniversary in 2020.

The annual fall induction gala has been postponed to 2021 because of COVID-19.

"In these uncertain times, we are thrilled to be able to share a good news story and to have this remarkable group of people to induct into Canada's Sports Hall of Fame next year," Hall president and chief executive officer Cheryl Bernard said in a statement.

The Hall, located in Calgary, has now inducted 681 athletes and builders.

Nash, from Victoria, played 18 years in the NBA. The guard was twice named the league's most valuable player.

She became the second Canadian to earn multiple LPGA titles in one season in 2000, following Sandra Post and preceding Brooke Henderson.

"My first win stands out as something quite significant because it did take me a little while to get there," Kane said.

"I was taught by my parents to leave it better than I found it. I hope that I've done that with my sport of golf and sport in general because I frankly wouldn't be here without the introduction of sport in my life."

Hickstead, who died in the competition ring in 2011, is the third horse to earn induction joining racehorse Northern Dancer (1965) and Ian Millar's show-jumping steed Big Ben (1996).

"I'm especially happy for Hickstead," Lamaze said in a statement. "In our sport, it takes two athletes, one human and one equine, working together and in Hickstead I found a true partner."

The two-time Olympian was a medal contender for the 1980 Olympics in Moscow, but Canada boycotted those games.

Powless, from the Six Nations of the Grand River First Nation, Ont., was a standout lacrosse player who went on to coach players to success and organize lacrosse leagues and tournaments.

"Dad came from a lacrosse history in terms of the culture," Powless's son Richard said. "Lacrosse was referred to as the creator's game, historically and culturally used to settle disputes. It was a medicine game to help heal people.

"He excelled at it from a young age and he continued that throughout his career winning many individual awards in scoring and MVP player on several championship with Peterborough in the fifties.

"My dad would have been very proud knowing he was joining Gaylord. It means a lot to our family."

Winnipeg's Campbell is known as "The Quadfather" because he was one of the inventors of the sport known today as wheelchair rugby. He played for and coached the national team.

Kent, from Picton, Ont., was the first woman to serve as president of Commonwealth Games Canada from 1994 to 1998.