TORONTO — OverActive Media has released details of its plan for a new entertainment venue at Exhibition Place.
Feb 23, 2021 7:14 AM By: Canadian Press 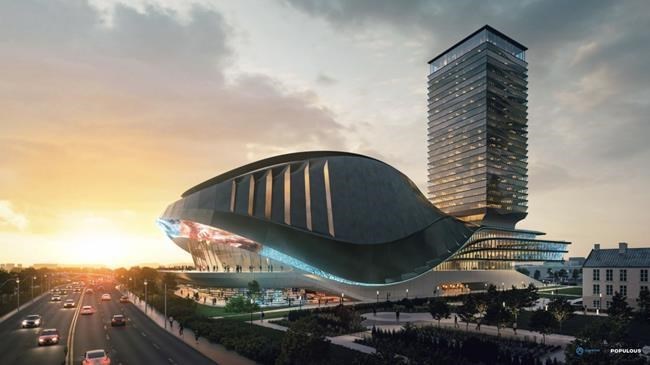 TORONTO — OverActive Media has released details of its plan for a new entertainment venue at Exhibition Place.

The esports company, home to the Toronto Defiant and Ultra teams, says the project is worth close to $500 million and includes a 7,000-seat theatre-style venue and hotel complex.

"We are building a world-leading, 21st-century sports media and entertainment company and this best-in-class performance venue will be the chosen home for a new generation of fans that think differently about their entertainment choices and experiences," OverActive president and CEO Chris Overholt said in a statement Monday.

The plan has yet to receive final approval from the Exhibition Place board of governors and Toronto City Council, however.

"We are in the final stages of putting our business terms together with city officials and we are optimistic that we can soon wrap up our discussions to everyone’s satisfaction," an OverActive spokesman said.

If approved, the new venue will be on a 1.6-hectare site next to the Hotel X Toronto at Exhibition Place. OverActive said it will host 200-plus events annually from concerts and esports to conventions and corporate functions.

In December, Overholt said his company had raised $80 million in private investment over the last two years.

When the Library Collection of Hotels received permission to build the Hotel X at Exhibition Place, it also got the green light for a second tower.

OverActive subsequently acquired those rights and started working with the city and Exhibition Place board on a plan to build the second tower with Henry Kallan, owner of the Library Hotel Collection.

Exhibition Place is a 192-acre site on Toronto's waterfront that hosts the annual Canadian National Exhibition as well as BMO Field, the home of Major League Soccer's Toronto FC and the CFL's Toronto Argonauts.

This report by The Canadian Press was first published Feb. 22, 2021