Projected No. 1 pick Alexis Lafreniere plays the waiting game ahead of NHL draft

When he isn't lifting weights in his parents' garage, Alexis Lafreniere spends time playing games, watching movies and sharing meals with family. The projected No.
Mar 25, 2020 2:47 PM By: Canadian Press 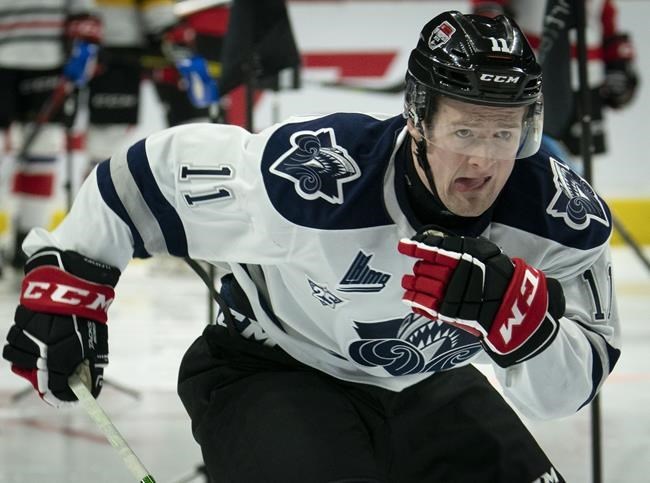 The projected No. 1 pick in the 2020 NHL draft should be on the ice battling in the Quebec Major Junior Hockey League playoffs and looking forward to the biggest moment of his young career at the end of June.

But in an era of social distancing and self-isolation brought on by the crippling COVID-19 pandemic, Lafreniere's daily routine looks a lot like those of millions of other people across North America and around the world.

"I don't have much to do," Lafreniere said on a conference call with reporters Wednesday. "I didn't spend that much time with my family this year. I lived with billets. It's good for us to spend time together."

That's perhaps the only silver lining for the Rimouski Oceanic's star winger.

The Canadian Hockey League cancelled the playoffs and the Memorial Cup this week due to the novel coronavirus outbreak after previously scratching the end of the regular season.

The NHL draft, meanwhile, was scheduled for June 26 and 27 at the Bell Centre in Montreal — a short distance from the 18-year-old Lafreniere's hometown of Saint-Eustache, Que. — but the event, along with the scouting combine in Buffalo and the league's award show in Las Vegas, were all postponed Wednesday.

That could mean no announcement of his name to an adoring crowd, no walk across the stage, no big party.

And if he does indeed go No. 1 in an unusual draft, Lafreniere will have something else in common with Pittsburgh Penguins captain and fellow Rimouski alumni Sidney Crosby, who went first overall in a hotel ballroom in the middle of the summer following the lockout that wiped out the 2004-05 season.

"It would be a little bit different, but it's still an honour to get drafted by an NHL team," Lafreniere said before news of the draft's postponement broke. "It's really special."

Lafreniere, who helped lead Canada to gold at the world junior hockey championship in January, said he's learned to not worry about things outside his tight circle.

"I just try to focus on myself and going through it day by day," Lafreniere said. "One important thing is to control what you can control. There's some things that you cannot really control.

"You've got to stay focused on yourself and try to do your stuff."

That includes working out a few hours a day by himself using a program set up by his off-season trainer.

"I have all the equipment that I need to get stronger and stay in shape," Lafreniere said. "For sure it's different, but I think I can I can get stronger even if I train at my house."

He also lamented the abrupt end to the season — and most likely his junior career — due to the coronavirus.

"It went by really quick," he said of his three years in the QMJHL. "I enjoyed a lot of good times, good memories with my teammates. It's sad that you won't get to play with these guys again.

"The most important thing is that everyone stays healthy."

NHL Central Scouting's top-rated North American skater, Lafreniere registered 35 goals and 112 points in just 52 games in 2019-20 despite missing nine QMJHL contests while away at the world juniors and three more due to suspension. He finished second in CHL scoring behind Ottawa 67's centre and fellow 2020 draft prospect Marco Rossi, who racked up with 120 points in 56 games.

Lafreniere's season started with sky-high expectations and a ridiculous offensive tear to begin the QMJHL schedule before a knee injury at the world juniors had the country holding its collective breath.

The CHL Player of the Year in 2018-19 would miss two round-robin games, but returned for the medal round and was a key contributor in Canada's dramatic march to gold in the Czech Republic after being part of the team that finished a disappointing seventh on home soil 12 months earlier.

"It was a really big moment for me," said the six-foot-one, 196-pound Lafreniere, who was named tournament MVP with 10 points in five games. "Growing up, you dream about it."

Lafreniere wouldn't bite when asked if he's done enough to cement the No. 1 slot, but he did touch on the Detroit Red Wings and Ottawa Senators — the teams with the best odds of winning the NHL's draft lottery based on the current standings.

"Great organization," he said of Detroit, before adding later of Ottawa, which is less than a two-hour drive from Saint-Eustache: "It would be special. It's a great place to play.

For now, though, all he can do is train, wait and cherish some family time.

"It's always fun to be able to be home and spend time with them," Lafreniere said. "It's easier for sure that I'm with them and can stay here until everything's done."

This report by The Canadian Press was first published March 25, 2020.