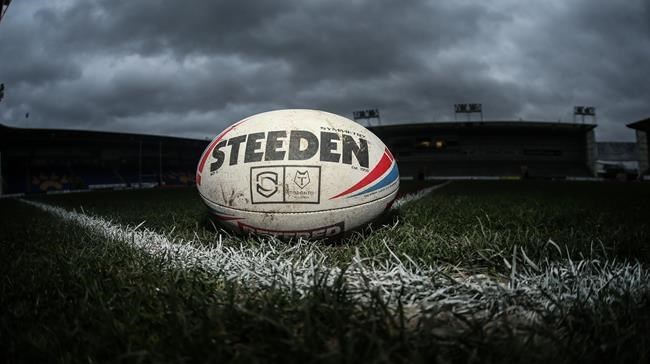 There had been talk of reducing the 2021 cap by 300,000 pounds ($509,450) to 1.8 million pounds ($3.1 million) given the financial pain the 12 teams are going through because of the global pandemic, which has sidelined the rugby league circuit since mid-March.

While there had seemed to be a split among clubs, they spoke as one when it came time to cast a ballot.

"The unanimous vote is another example of the unity shown by our clubs in response to the significant challenges posed by COVID-19," Super League executive chairman Robert Elstone said in a statement.

"Whilst we will continue to apply the existing levels of scrutiny to all costs, today's decision underlines our commitment to ensuring Super League remains strong and competitive, and also shows confidence in our ability to manage the competition through these uncertain times."

Toronto Wolfpack coach Brian McDermott had spoken out against reducing the cap.

"I really do question how that can happen over the space of 12 months," he said last week. "I think a fair warning has to be given to all clubs. Because most clubs will have recruited or are in mid-recruitment for next year. Some clubs will have concluded their recruitment for 2021, so you can hardly reduce their salary cap.

"Any reduction in salary cap is going to have a direct impact on the names that we can recruit."

A spokesman for the players said they wanted a say in any changes to the salary cap.

But Hull Kingston Rovers coach Tony Smith said a cut was a warranted.

"If the majority of the teams can't afford to spend the salary cap, I think the smart thing would be to reduce it," he told the Hull Daily Mail.

Super League is made up of 12 teams — 10 from England plus Toronto and France's Catalan Dragons.

The British government has provided a 16-million-pound loan to the Rugby Football League, the sports governing body, to help clubs during the pandemic. That money is not available to the Wolfpack, however.

The Wolfpack have had salary cap issues this season, arguing that they have to pay a premium to get players to leave their families and stay part of the season in Canada.

The Super League is looking at a possible return to action in mid-August, although travel and other restrictions make keep the transatlantic Wolfpack abroad well past then.

The Wolfpack (0-6-0) are currently on hiatus in England and have not played since March 11, when they blanked Huddersfield Giants 18-0 in the fifth round of the Challenge Cup.