TORONTO — From anti-doping to coaching education to most recently the Canadian team's bold move to withdraw from the Tokyo Olympics amid the COVID-19 pandemic, Canada has historically been a leader on the global sports landscape.
Mar 26, 2020 1:00 AM By: Canadian Press 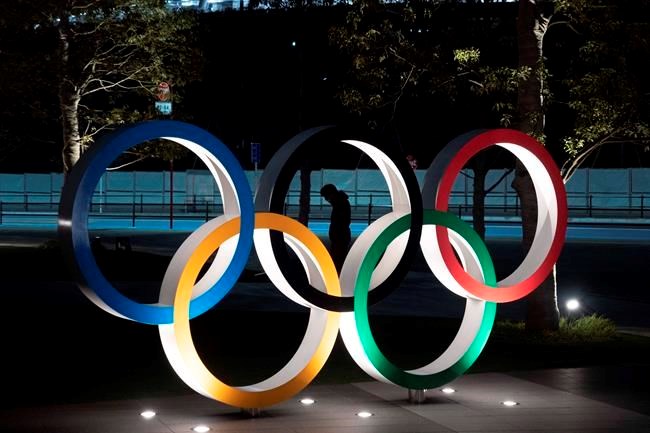 TORONTO — From anti-doping to coaching education to most recently the Canadian team's bold move to withdraw from the Tokyo Olympics amid the COVID-19 pandemic, Canada has historically been a leader on the global sports landscape.

Gretchen Kerr believes Canada could lead the way in tackling abuse in sports — but the University of Toronto kinesiology and physical education professor said the country has a long way to go.

"We've done a thorough analysis of what other countries are doing, and each of the other countries has a piece of this puzzle, but nobody has all of it," Kerr said. "So coming up with such a model would put Canada back on the map as a leader in this area."

Canada has had numerous high-profile sexual harassment and abuse cases over the past 18 months, most recently that of longtime track and field coach Dave Scott-Thomas, who received a lifetime coaching ban Wednesday from Athletics Canada.

Kerr, who specializes in research in athlete maltreatment, co-authored a paper last month with fellow U of T professors Bruce Kidd and Peter Donnelly titled "Advancing Safe Sport in Canada: A Statement of Independence."

The central debate was around the complaint and investigative processes, which the three argue should be independent from sport organizations.

There has been a groundswell of vocal support from athletes and others in Canada's sports community for an independent body to handle abuse complaints.

Donnelly believes that sport organizations are concerned about the consequences of having a safe place to report complaints, that perhaps Canada has only seen the tip of the iceberg, and an independent place to report would lead to a outpouring of complaints.

"It's coming out anyway in trickles, in drops and drabs, but I think they're expecting it will be a flood, which is what the U.S. has found, and that's just for sexual abuse in the U.S.," he said. "They're overwhelmed at the moment, they can't keep up with the case loads.

"What we were guestimating, it would probably take 10 years to clear the deck and change the culture of sport, to get everybody onside with a new way of doing business."

Each national sport organization handles complaints differently, which present different degrees of conflict of interest, say Kerr and Donnelly. Some NSOs, such as Athletics Canada in the Scott-Thomas case, use independent investigators. But the triage — determining whether an investigation is needed, etc. — is still done by the individual sport organizations.

"Keeping the foxes in charge of the hen houses," Donnelly said.

Money is another huge concern. Donnelly said a lot of the smaller sport organizations and even some of the bigger ones are saying "we're not equipped to do this, we can't afford to do this."

Kerr noted the cost of the Dave Brubaker case. The former Canadian Olympic women's gymnastics coach was found not guilty of two sex-related charges levelled by a former athlete.

"(Gymnastics Canada) spent a fortune on the Brubaker case," Kerr said. "Sports organizations are paying a fortune for independent investigators. And you contrast that to having a centralized body of trained people who can deal with issues regardless of sport, regardless of geographical location across the country, it would be a far cheaper model."

Kerr, Kidd and Donnelly would like to see a single, independent body that would have trained people to triage, gather information and adjudicate in cases, maintain a national, publicly accessible database of those criminally convicted or suspended, and provide referrals to independent support for complainants and provide education on safe sport.

Track and field has been shaken by several recent scandals. Scott-Thomas, whose Guelph Gryphons captured 37 national university cross-country and track titles, was accused of inappropriate relationships with athletes. And while none of those allegations have been proven in court, former middle-distance runner Megan Brown came forward in a Globe and Mail article last month alleging Scott-Thomas groomed her for a sexual relationship when she was 17.

Last May, former Ottawa Lions coach Andy McInnis and board member Ken Porter received lifetime bans from Athletics Canada for allegations of sexual harassment and misconduct. The allegations have not been proven in court.

McInnis, who coached Canada's 4x100-metre relay team to gold at the 1996 Atlanta Olympics, won an appeal to the Sport Dispute Resolution Centre of Canada (SDRCC), which ruled some bias among the commissioner's office. McInnis remains provisionally suspended while under investigation from a new commissioner.

A week earlier, Case and one of his former athletes Celine Loyer were convicted of sexual assault by a different judge following another trial for an incident in 2011.

While the sentencing of U.S. gymnastics doctor Larry Nassar two years ago might have been a watershed moment for sexual harassment and assault in sport, Canada has had its share of high-profile cases. Marcel Aubut resigned as Canadian Olympic Committee president in 2015 after an investigation over numerous sexual harassment complaints.

In June of 2019, several former members of Canada's ski team spoke publicly about the abuse suffered at the hands of former coach Bertrand Charest in the 1990s. Charest was convicted last year of 37 offences of sexual assault and exploitation.

This report by The Canadian Press was first published March 26, 2020