TORONTO — Twelve teams from four different leagues will contest the 2020 Canadian Championship across four rounds. The soccer tournament will open June 17 and conclude Sept.
Dec 18, 2019 10:37 AM By: Canadian Press 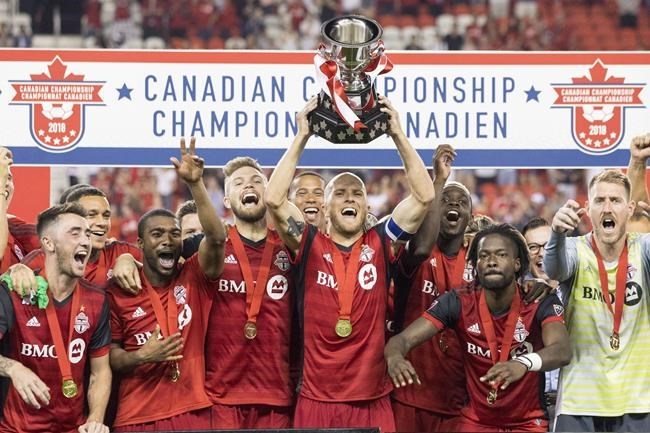 The soccer tournament will open June 17 and conclude Sept. 23 with the Voyageurs Cup and a berth in the 2021 CONCACAF Champions League on the line. The Montreal Impact won the 2019 Canadian Championship, defeating Toronto FC in a penalty shootout for their fourth national title.

The 2019 tournament was the largest and longest to date, with 13 teams from five leagues competing in five rounds, setting a total attendance record of 154,398 spectators. The competition is one team smaller in 2020 with Ottawa Fury FC of the USL suspending operations.

Cavalry FC, the CPL team that went deepest in the 2019 tournament by reaching the semifinals, starts play in the quarterfinal round along with MLS's Vancouver Whitecaps, Toronto FC and Montreal Impact.

Toronto and Montreal could meet again in 2020, this time in the semifinals.

This report by The Canadian Press was first published Dec. 18, 2019.