OPINION: Still undecided on who to vote for? Some points to ponder

Just two days to go until the federal election, and you’re still not sure how to cast your ballot? Join the club. Apparently, Canadians are tiptoeing, not marching, to the polls this year, wavering at the altar like a runaway bride.
0
Oct 20, 2019 10:12 AM By: Jack Knox 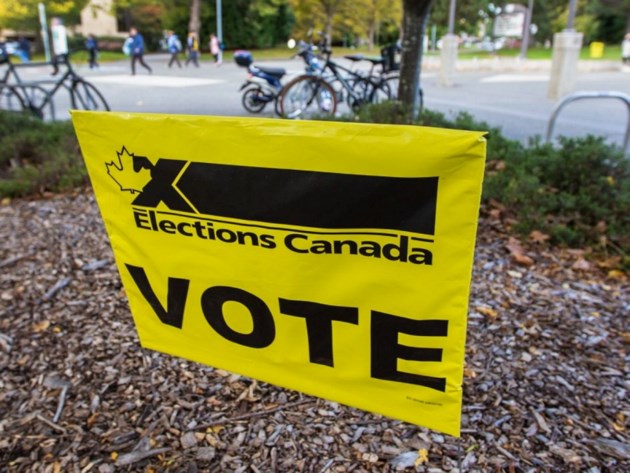 Just two days to go until the federal election, and you’re still not sure how to cast your ballot? Join the club. Apparently, Canadians are tiptoeing, not marching, to the polls this year, wavering at the altar like a runaway bride.

Here are a few points, a list of pros and cons, to debate over the breakfast table as you ponder your options.

2) Neither is he going to peel off a latex mask that reveals Stephen Harper underneath. We think.

3) Scheer doesn’t worry about competing for the title of Most Woke Party Leader. He might even be sleeping. Kind of spooky with that grin fixed on his face, though.

Three reasons not to vote Conservative

1) They waited until 10 days before the election, on the Friday of the long weekend, to finally release their platform. That’s like trying to fool your dad into signing off on a bad report card on his way out the door to work.

2) Scheer has spent more time moaning about Trudeau than talking about what the Conservatives would do. (See reason No. 1.)

1) They have a clear vision for the country.

2) The world is cooking like a Thanksgiving turkey, and the Greens are the vegan alternative. Wait, no, that metaphor sucks. …

3) Behold the Green Wave: They’re  super-excited about maybe winning a third seat. Out of 338.

Three reasons not to vote Green

1) They have a clear vision for the country. That country is Narnia.

2) No bench strength. After Elizabeth May, who have they got? (On the other hand, there’s little chance of a caucus revolt.)

3) The Green Wave is more like a ripple. At this rate, they’ll come to power just as the last of the polar ice caps turns into a puddle

1) After four years of Justin Trudeau’s leadership, Canadians know exactly what to expect.

2) Both the economy and the prime minister are smoking hot. What else do you want?

Three reasons not to vote Liberal

1) After four years of Justin Trudeau’s leadership, Canadians know exactly what to expect.

2) Remember when you couldn’t remember if it was Jody Wilson-Raybould or Jody Raybould-Wilson?

1) They could end up holding the balance of power in a minority government.

2) Wasn’t Jagmeet Singh supposed to be their Achilles heel?

3) After 152 years of scandals involving the ruling Liberals (SNC-Lavalin, Shawinigate, AdScam, Fuddle Duddle) and Conservatives (the Mike Duffy affair, Robocalls, the Munsinger Affair, Pacific Scandal) it’s time to give someone else a chance to betray the public’s trust.

Three reasons not to vote NDP

1) They could end up holding the balance of power in a minority government.

2) Super-cool to be DM’ing with Rihanna and becoming an Insta star, but we’re electing a prime minister, not a prom king.

3) As they keep telling us, love conquers all — except, apparently, the Green Party. Them you want to smear a little.

OK, there has been more than a little smearing in this dreary campaign, a directionless journey that has deteriorated into a series of gotcha moments, torqued half-truths and outright fear-mongering.

But there are also some very good candidates running for the best of reasons.

So choose wisely and remember: If you don’t vote, you can’t complain.

Reader Steven Murray points out, rightly, that I made an apples-and-oranges comparison Thursday when writing that Washington state’s 79 per cent voter turnout in 2016 was higher than Canada’s 68.5 in 2015.

Washington measures turnout as a percentage of those who are registered to vote.

“That means that overall, 66.1 per cent of eligible voters in Canada actually voted in 2015, significantly higher than Washington’s 60.5 per cent,” Murray writes.