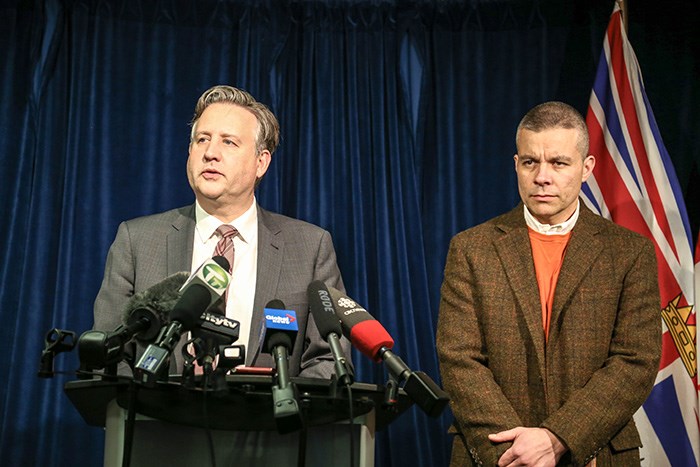 Mayor Kennedy Stewart held a press conference this week alongside the chair of the Indigenous Homelessness Steering Committee, David Wells. They were sounding the alarm over a percentage that might surprise you.

2.2% of Vancouver's total population is Indigenous (not the surprising percentage), yet Indigenous make up a whole 40% of the people identified in last year's annual Homeless Count. They also make up 44% of the folks housed in the 606 new modular housing units.

My colleague Mike Howell from the Vancouver Courier wrote that "The high cost of housing in Metro Vancouver, along with discrimination experienced by potential Indigenous tenants of rental housing, are drivers of homelessness, [David Wells] said."

"Colonization, trauma, racism, poverty, abuse, mental health issues and a disconnection from family and culture have been identified by the city and health authorities as other factors to why the region continues to see an overrepresentation of Indigenous homeless people."

As a somewhat privileged white dude, it's hard for me to imagine being on the street. I don't know the circumstance you're in but as you read this on your thousand-dollar smartphone or laptop I imagine you're relatively far from homeless.

Have a look at the survey that volunteers took to the streets over the past two days below. You probably won't have to answer any questions after 3 of 18; if you have your "own" place that you rent the questionnaire ends for you there.

The results of this year's count will be released in May, and we'll see then if the modular housing units that have gone up in the last year and a half have made a dent. Our current mayor doesn't seem so naive (or cynical?) as to boast that he can "end homelessness" in order to get votes, but here's hoping he and our new council can work together to make headway on helping our city's most vulnerable. 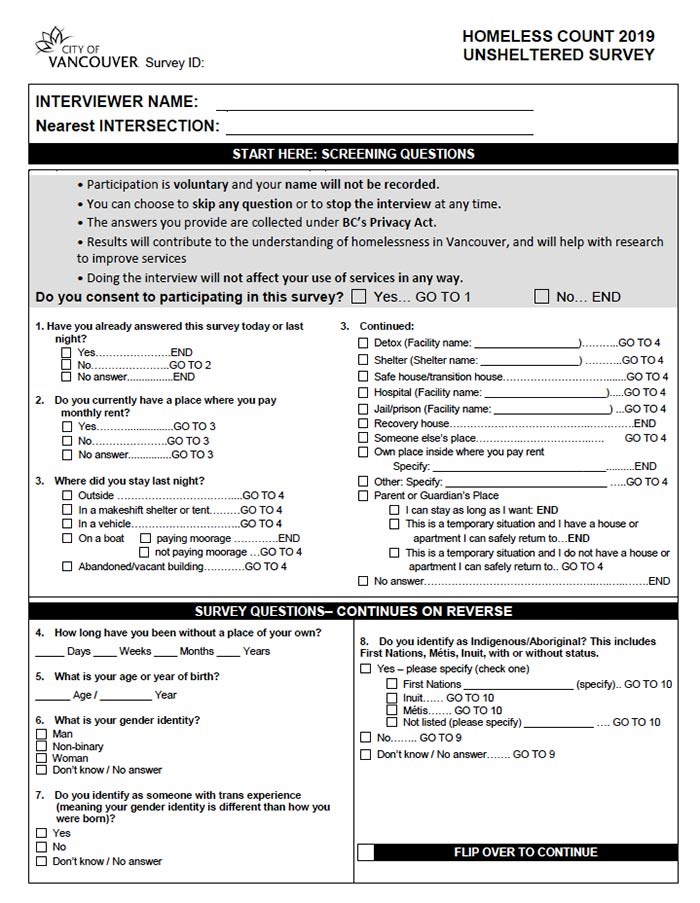 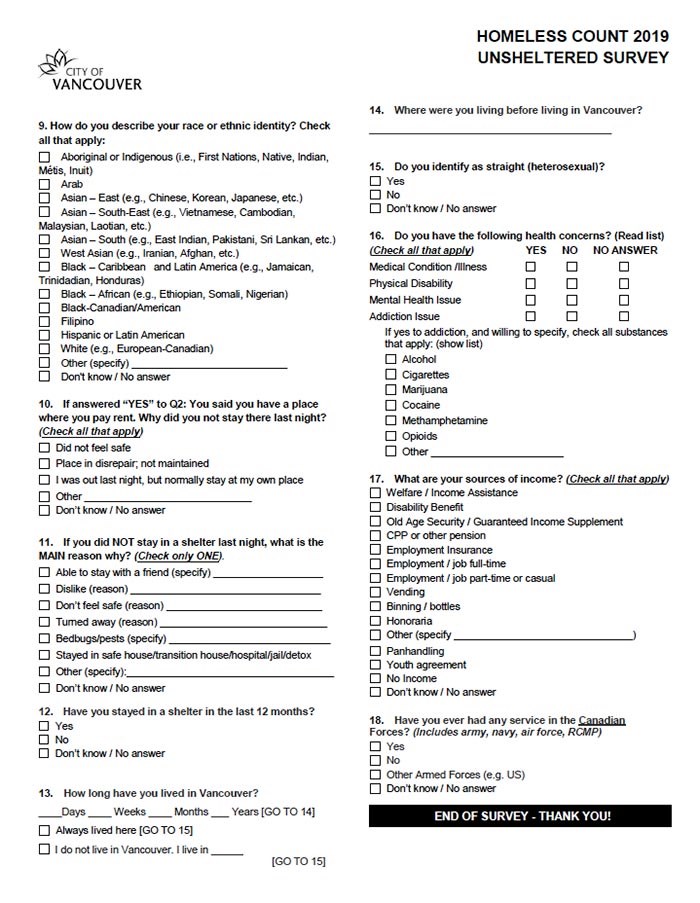