There's a 9/11-themed comedy show happening in Vancouver tonight, whether anyone likes it or not 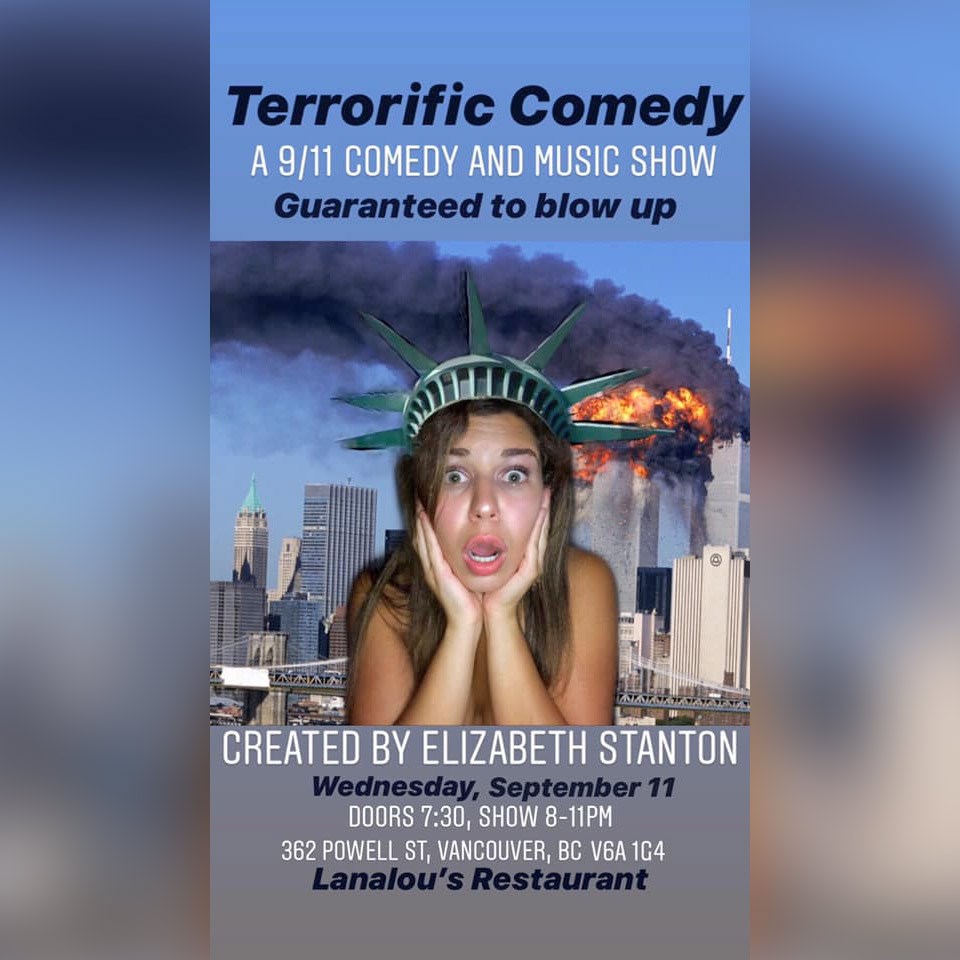 Terrorific Comedy - An Uncensored Comedy and Music Show was put together by Surrey-based comedian Elizabeth Stanton, and she's been promoting it for the last month.

The lineup that the 26-year-old has brought together to make light of the most horrifying terrorist act this continent has ever seen includes comedians Nikolas Perry, Adam Z, Sahib Rana, Garett Doran Moran, and Elizabeth Stanton. Someone named Greg Chalu will be doing a magic show. Musician James Lee will play music.

As Stanton says in a phone interview with V.I.A., the "dark comedy" event got people upset the moment she posted it to a private Facebook group for local comedians, seeking talent who wanted to perform.

She was surprised when, by her count, 375 commenters took issue with it, essentially saying that she's "a bad person" for putting on the show.

Stanton is no stranger to controversy, and she says there is literally no subject that's off limits for her.

"I do a ton of Holocaust jokes."

She bristles at the suggestion that she may have been able to predict the reaction from some in the community, telling me she "literally [had] no sense of 'this is going to be offensive'" because she grew up watching shows like South Park and Family Guy.

"It never dawned on me that anyone who grew up watching that kind of stuff could be offended by it [the Terrorific Comedy show]."

While that's hard to believe, there's actually a precedent for jokes about 9/11.

In 2013 The Onion made light of corporations using 9/11 in their marketing.

Louis C.K. touched on it in a set this past January. 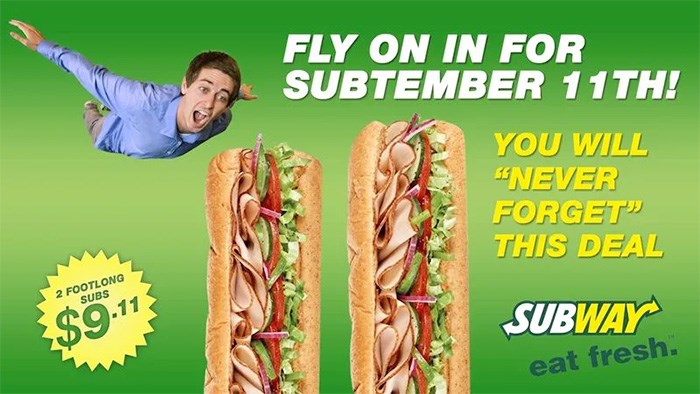 It cost Stanton $50 to book LanaLou's Restaurant on Powell as the venue. Tickets are on sale for $10. She will likely "make a few dollars profit" off putting it all together - that is if it doesn't get canceled.

Lanalou's hasn't taken her calls in the past 24 hours, and they did not respond to our request for comment by publication time.

The event isn't up on their calendar for tonight, and she can't confirm that it has been canceled but thinks it could be.

However, she adds: "We're all showing up. There are a lot of people coming. If we have to I'll pull out a f***ing soapbox and and do it outside for people. At this point this is a stand against PC culture and shutting down comedy shows."

Stanton offered a preview of what patrons might expect to hear from that soapbox (or the venue):

"We just wanted this show to blow up, but getting it off the ground has been plane hard. It's been the biggest disaster since 9/11."

The joke fell flat on me, but should the show be canceled? Hell no. Free speech and all that.

And is Elizabeth Stanton a bad person? Not as far as I can tell in our 20-minute conversation. She says "I think it’s horrible that 9/11 happened, same for the Holocaust. I joke about it so that there’s dialogue and [so that people can] get over it."

While she's Jewish, she wasn't alive during the Holocaust. She was 8 years old on September 11, 2001 and she says that she "actually thought it was an action film" when she saw her parents watching planes hit the Twin Towers on the television in their living room.

Around the same time that I passed by LAX Airport the second plane - United Airlines Flight 175 - hit the Twin Towers. It was scheduled to land at LAX.

I left work early as nobody (in the country) was getting anything done. It was an unimaginable day, for every person in America.

Driving home, a Latino man was standing on the sidewalk vigorously waving an American flag, and for some reason it broke me.

I had to pull over, sitting on the side of the road with my head on the steering wheel for a while, sobbing. I can't recall a time in my adult life prior to that when I cried so hard, even though I had no direct relation to anyone whose loved ones were affected by the tragedy.

Like a lot of people, I'm not ready to pay money to attend an event that makes light of it. I don't know if I ever will be.