An engineering student from Poland read Grant Lawrence's column, and reached out to share details something she created called the Cigarette Butts Cleanup Calculator.
Oct 15, 2019 4:41 PM By: Grant Lawrence 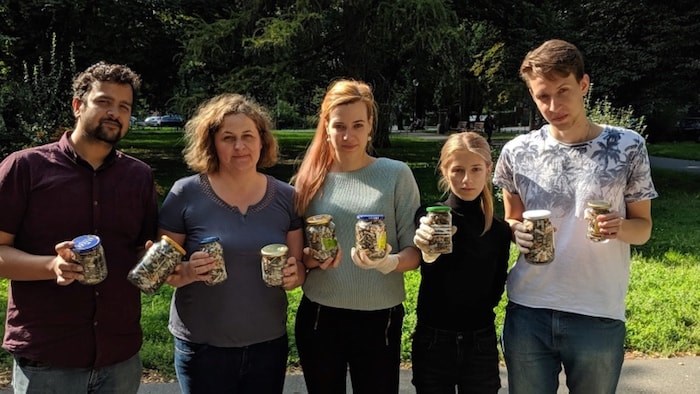 Case in point: A few months ago, I wrote a piece venting my frustration at the proliferation of irresponsibly discarded cigarette butts all over Vancouver sidewalks, roads, parks and beaches. According to the city, Vancouver smokers litter an atrocious one million butts every single day, which is a weird irony that has emerged from our ever-tightening non-smoking laws.

When smoking was allowed in restaurants and bars, pretty much everyone used an ashtray. Now people smoke outside and flick their butts into the street. Most of those butts end up in our waterways, into our oceans and onto our beaches. The Ocean Conservancy has stated that cigarette butts account for one in every five pieces of trash washed up on shore, which makes cigarette butts the most littered item on the planet. And the filters are toxic and non-biodegradable.

I heard from plenty of Vancouverites on both sides of this burning issue, including some smokers who actually defended their actions. One smoker told me he flicked his butts “because it’s fun.”

I was surprised to receive an email on the subject from Bogna Haponiuk. Originally from Warsaw, Poland, she’s currently an engineering student studying in Vienna, Austria. Somehow, she read my column, and wrote me a note about something she created called the Cigarette Butts Cleanup Calculator.

I had to know more, so I reached out to Haponiuk via email.

How could you relate to my column way over in Vienna?

I actually was in Kraków, Poland at that time. I must admit that I hadn’t really noticed that many cigarette butts on the ground. Reading your article led me to take a walk. I was absolutely shocked to see how omnipresent the butts are, and how easy it was to fill nine jars with a thousand cigarette butts. I decided that we need to speak up about this issue and show people how ubiquitous this type of pollution is. The walk led me to build a tool to raise awareness about the problem. That’s when I started reading more about the problem of cigarette butt pollution. I read through dozens of articles detailing why this is so common, and what could be done about it. I was looking for solutions, and the crow training you mentioned in your article definitely caught my interest.

Right, that was a Dutch initiative where they were going to train crows to collect butts, but among other reasons, they cancelled the program because it would have been too hazardous for the health of crows, which says a lot. What surprised you most in your research?

You mentioned that you filled jars with cigarette butts. That’s an actual clean up initiative, isn’t it?

Yes, on July 31, three French teenagers started a campaign against cigarette butts. They collected cigarette butts in a bottle and posted the picture on Twitter, and launched the hashtag #FillTheBottle. Since then, the hashtag has gone viral, causing hundreds of people to clean up as a protest to the flood of cigarette butt litter.

Tell me about the tool you built. What is the Cigarette Butts Cleanup Calculator? How does it work?

I built it together with the Omni Calculator Project, which is a site that allows you to solve every day problems through calculation. The Cigarette Butts Cleanup Calculator shows you what will be the tangible effects of your clean up, whether it’s a one-off thing or a regular commitment. My tool tells you not only how many cigarette butts you’re able to pick up in a given time, but also how many litres of ocean water you will save from contamination, and how many pounds of plastic litter will not wind up on our beaches. Small contributions add up to huge numbers; for example, by committing to collecting butts just 20 minutes a week, you’ll save 5,000 litres of water in a year.

Wow, that’s very inspiring when you put it like that. Thank you for reading and thanks for your efforts, Bogna! What's next for you?

I will continue spreading awareness on this issue, but I’m also planning to build more calculators that help people solve their problems. Canadians might be interested in my Snow Load Calculator, after all, winter is coming :)