Opinion: Canada can learn from Taiwan's proactive approach to COVID-19 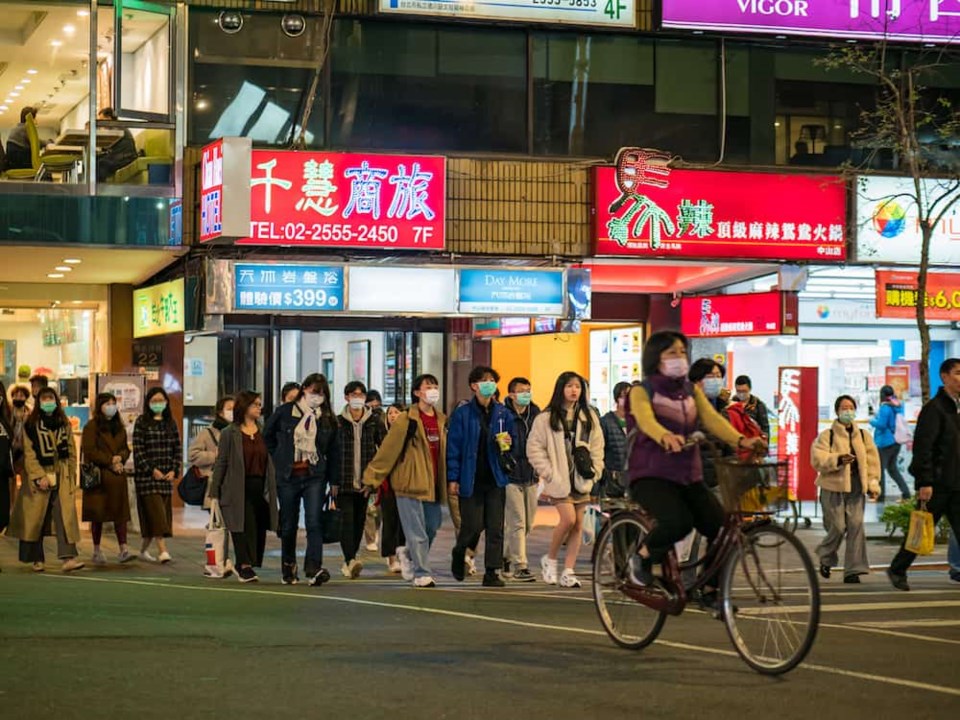 Given its close proximity to China, as well as the number of flights between the two countries, Taiwan was expected to see some of the highest numbers of COVID-19 cases globally. However, it doesn't even crack the world's top ten.

As of Saturday, March 21, the Taiwan Centres for Disease Control has confirmed 153 cases of COVID-19, with two fatalities. In contrast, provincial health officer Dr. Bonnie Henry confirmed 74 new cases of the virus in B.C. on Saturday alone - the provincial total is up to a staggering 424 cases, with 10 fatalities.

In Canada, the total number of confirmed cases exceeds 1,000.

Not only is Canada 9,410 kilometers from China as the crow flies, but it is also far less densely populated than Taiwan. While Taiwan is a country of 23 million, the island covers 36,193 square kilometres. Canada, on the other hand, has a population of 37.59 million, but it covers a whopping 9.985 million square kilometres.

In a scholarly article entitled Response to COVID-19 in TaiwanBig Data Analytics, New Technology, and Proactive Testing, report authors argue that Taiwan had a swift, proactive approach to the COVID-19 outbreak in China. They state that the country has been on constant alert since the 2003 SARS epidemic, and, as a result, have been able to effectively contain the spread of the virus.

"The country has 23 million citizens of which 850 000 reside in and 404 000 work in China," remark report authors. "Taiwan enhanced COVID-19 case finding by proactively seeking out patients with severe respiratory symptoms (based on information from the National Health Insurance [NHI] database) who had tested negative for influenza and retested them for COVID-19."

Local Chinese commentator Charlie Wu spoke to Vancouver Is Awesome about his experience in Taiwan from Feb. 5 to Feb. 25. He notes that the Taiwanese government was already implementing strict measures at the airport when he arrived.

"They have a 'rather wrong than late' approach," he explains. "This was at the beginning of February, when Canada hadn't enacted any of these new measures. Taiwan was already checking temperatures at the airport, and giving out sanitizer."

Wu describes how people are asked to wear masks before entering crowded public buildings, and that a majority of people wear them wherever they go. In fact, he says that people might be looked at like they are doing something strange if they aren't wearing a mask, while many Canadians feel the opposite way.

"We need to throw away conventional thinking about things like the mask," he notes. "We need to be proactive."

In Taiwan, Wu also notes that the government increased production of masks so that there wouldn't be a shortage. A number of companies worked as a single team, and the country stopped exporting them.

Upon returning to Vancouver from Taiwan, he was struck by how little action was being taken in Canada.

"I feel like I've gone through this twice," he said.

Wu remarks that he felt worried about the overall lack of concern in Canada when he returned at the end of February. While Taiwan was on high alert, he felt like Canadians weren't understanding the gravity of the situation. In Taiwan, he explained how the general population was informed about the severity of the situation months ago. Further, he says they were given strict information about what to do to prevent the spread of the virus through media. He adds that he had already heard the phrase "flattening the curve" while he was in Taiwan, long before he heard it used in Vancouver.

Wu also mentions the National Health Command Center (NHCC) in Taiwan, which was created as a direct response to the SARS epidemic. He notes how it has been a vital tool in battling the COVID-19 pandemic.

The Taiwanese government has also tracked high-risk individuals who recently travelled through their mobile phones to ensure that they don't leave home while on quarantine - something Canada's privacy laws would not allow.

With this in mind, Wu stated that the Canadian government has enacted the right policies now, and that people are taking the pandemic seriously. However, he feels that it's unfortunate that Canada didn't have a more proactive approach, and that a great deal of suffering could have been prevented.

Making your own hand sanitizer is stupid easy
Mar 31, 2020 1:02 PM
Comments
We welcome your feedback and encourage you to share your thoughts on this story. We ask that you be respectful of others and their points of view, refrain from personal attacks and stay on topic. To learn about our commenting policies and how we moderate, please read our Community Guidelines.