Our columnist breaks down how incredibly simple it is for private buyers and sellers to trade in firearms in Canada
0
Aug 28, 2018 10:33 AM By: Bob Kronbauer 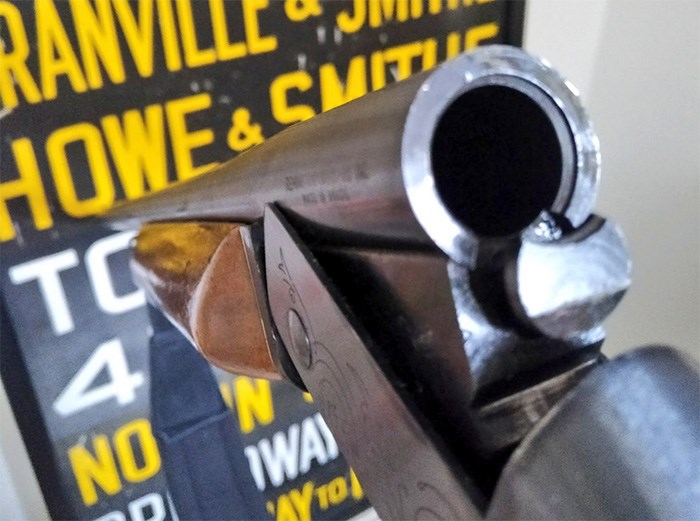 Earlier this month we published a column by Allan Harding, a competitive target shooter from B.C. who represents Canada in international tournaments. In it he brought the reader into his world, where paperwork and responsible gun ownership is crucial.

As a PAL holder (the license you need to buy guns in this country) who prides himself in responsible ownership and even stewardship, I've been reflecting on the issue of gun control in our country and wanted to share some thoughts.

Toronto is considering a handgun ban altogether in an effort to protect its citizens. This is an incredibly stupid idea and would easily get shot down when legally challenged. The only thing a ban in any city would do is penalize law-abiding citizens like Allan.

It's already illegal to carry a handgun in the city, as they fall under the Restricted category of firearms the people who are licensed to own them are generally only allowed to transport them to and from a firing range. Before then, they have to be locked up securely. The only people carrying handguns in urban centres are criminals (and law enforcement, of course) and the laws around the use of weapons to commit crimes is already strong enough. Banning them from regular citizens would be a giant, ineffective political knee-jerk. It might win some votes, but it would do more harm than good, driving a wedge.

Non-restricted firearms are a different story altogether. Think hunting rifles and the like as opposed to handguns. While you're legally required to keep trigger locks on them, you can move them around as you please. You could lock them up in your car and go into the mall for a few hours to shop, then come back and head to wherever you're going (perhaps Crown land to shoot at targets, or game birds).

When it comes to buying and selling non-restricted rifles, when you go to a store such as Cabela's they take your license and run it through the RCMP system, then they record the sale and the serial number and all of that.

However when it's you and some random person who's listed them for sale online transferring them between each other, there's literally zero paperwork. None.

The process goes like this between private buyers and sellers:

SELLER: Hello I am here to sell you this gun.

BUYER: Okay. Here, look at my PAL card [looks like a driver's license] and take this money.

SELLER: That photo looks like you and it doesn't say your card is expired. Here is your rifle.

When I recently bought the Remington 812 pictured above for $200, it was so easy that I felt like I was doing something wrong. It was easier than transferring ownership of a vehicle, and it felt like maybe somebody should know that I have it? According to the government, that's not the case.

I called the RCMP to make 100% certain. The official line on their website is that "Transfers of non-restricted firearms can be conducted without contacting the CFP, as registration is no longer required for this class of firearm. The transferor may verify that the transferee has a valid PAL by calling the CFP toll-free number (1-800-731-4000) before making a sale."

The key word here is may. You may call the RCMP and verify that someone's PAL card is real. The RCMP tells me "it's not a legal obligation" for a private citizen who is selling a firearm to another private citizen. "If you have a suspicion" that their card may be fake, or that they've had it revoked for one reason or another, then you can call it in and ask if it's okay to sell a gun to them. You don't have to, but if you have a sneaky suspicion then you can. And should.

There are many checks and balances in the system. To get your license you take a course, then a test, and the RCMP then does background checks on you before finally granting you a license. If you move, you immediately have to update your information with them. It's easy for the RCMP to revoke your license for any number of reasons and the system, in my eyes, seems to mostly work. However it's unsettling that it's so simple for private buyers and sellers to have such ease in moving guns between each other.

The long gun registry implemented in the 1990s was a disaster, but is there a way something like it could be brought back and revised as part of a new overall strategy to help curb gun violence? Could we also maybe just have a system where the government gets a piece of paper knowing that somebody just sold somebody else a weapon, so somebody is keeping track?

We'll see what the federal government does in the months leading up the the 2019 election, and if anyone decides to make it an issue. We'll also see what municipal governments do, and how they decide to try and tackle it.