Recently I happened upon something you wouldn't have seen a year ago: what looks like a mobile cannabis grow-op on full display to anyone passing by. The view from outside an RV parked on a side street in Vancouver.
Sep 20, 2019 9:27 AM By: Bob Kronbauer

Recently I happened upon something you wouldn't have seen a year ago: what looks like a mobile cannabis grow-op on full display to anyone passing by. 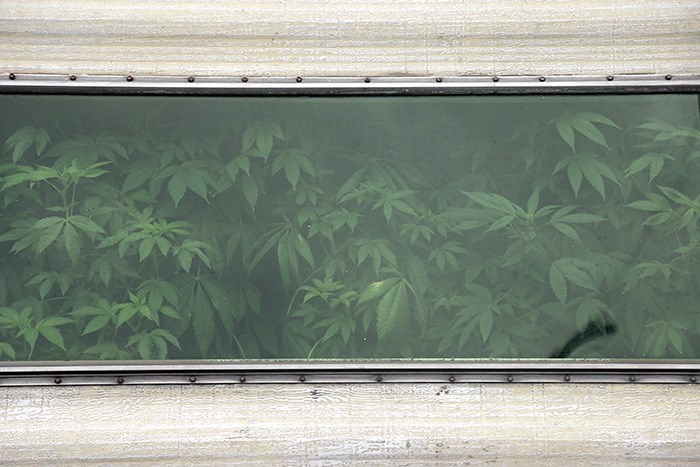 The view from outside an RV parked on a side street in Vancouver. Photo Bob Kronbauer

This isn't the type of illegal operation that you'd have seen getting busted before legalization, operated by underground growers looking to profit.

In fact it's not a "grow-op" at all; these are houseplants growing in an RV that a man calls home.

Parked on a not-entirely-dead side street in East Vancouver, the owner of the RV happily invited me in to talk about his plants so I could write about them.

We'll call him "Larry", as he's in a vulnerable position and we don't wish to bring more heat on him than he already has.

Larry has been living in his RV for the past year and a half. During our 45-minute-long visit he didn't tell me how he got to be here, but he's unemployed and seems to be a little bit down on his luck.

He purchased the motorhome for $1,700. Despite it coming with a leaky roof (which he managed to fix using sealant) he considers it a decent investment.

While he certainly wouldn't be described as a happy-go-lucky type he's happy with the life he leads.

As he prepared his morning coffee he told me all about his plants. 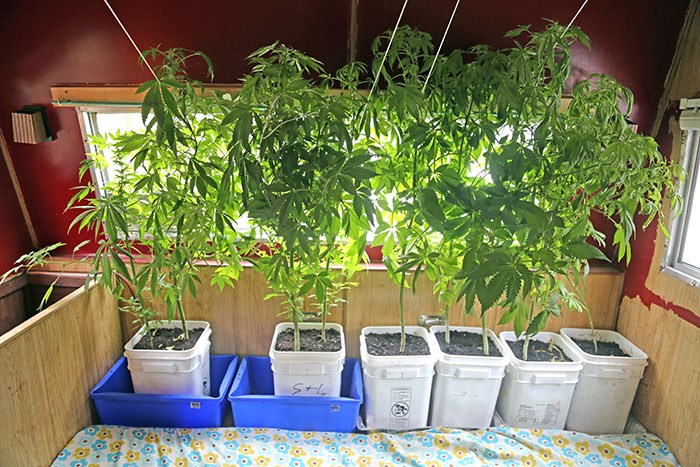 They're placed right next to the bed he sleeps on (shown above), and while he has a few more than you're supposed to have (technically you're only supposed to have 4 in your home) he isn't concerned about it. He tells me that weeks ago the VPD visited to talk about them, then left after a brief chat.

Larry grows cannabis for his own personal consumption, and the reason why he has them in full view from outside is simple.

"Because that's the only light" he told me, gesturing at the windows that the sun was pouring into.

He parks his home strategically with the largest window exposed to the East, so that his plants get the maximum amount of sunlight available.

The white ropes you see in the photo above are holding them a couple of inches away from the window so the leaves don't stick to the glass.

Someone tried to break into his home once, but it was before he planted the cannabis (from seeds, bought locally) and it was unrelated to them.

For security he has multiple deadbolts, a bell, and he tends to "Keep a low profile, right here" (inside the RV).

While his plants are flowering (that's when they grow buds that you smoke) he'll stay close to his home and only venture out occasionally to go shopping or visit friends.

As you can tell from the photos his plants are doing really well.

I asked him what the secret was and he told me "They love drinking water... and direct sunlight." 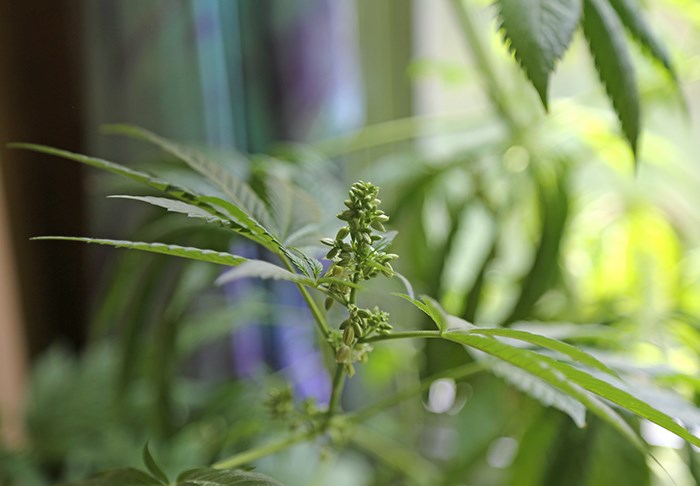 One male plant amongst the females means that Larry will be able to harvest seeds for future plants. Photo Bob Kronbauer

IT'S A GOOD THING

Why does he grow it here?

"This is my home address" is his reasoning.

It's his right to grow them, just as it's mine to grow them in the home I live in if I choose to.

Larry doesn't know of anybody else who lives the way he does and is also growing cannabis, but it would be a shame if he's the only one.